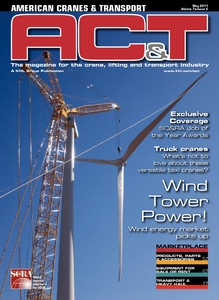 May Issue of American Cranes & Transport. Click to obtain the May issue. (From the KHL Group Website)

Not only did Barnhart excel in the SC&RA’s rigging category, but they also won the Best Hauling Job of the Year for hauling jobs greater than 160,000 pounds. American Crane & Transport magazine will publish the official results for this year’s contests in its May 2011 issue.

Needless to say, Barnhart impressively earned four annual awards for its work in the rigging and hauling industries. Below will briefly outline the massive Barnhart jobs that quickly caught the attention of the SC&RA.

A Southern California customer contract Barnhart to provide engineering, labor, equipment, and supervision to remove and replace two vessels during a refinery turnaround. The weight of the vessels, 14,310 and 29,349 pounds, respectively, were not the only challenges standing in Barnhart’s way. 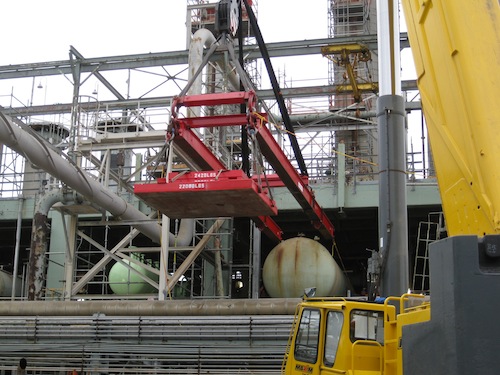 One of the vessels Barnhart removed from the refinery.

The crews needed to remove the vessels from without extracting a large portion of the structure, and furthermore, limited workspace added active process piping and equipment that obstructed much of the site. To overcome the challenges, Barnhart engineered a plan with a tri-block and cantilever beam system with counterweights. 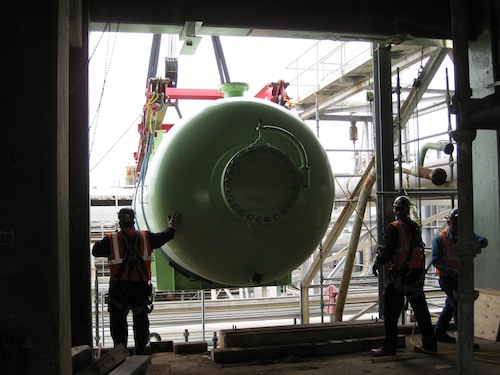 Restricted workspace forced the Barnhart crews to be creative in their removal and replacement of the vessels.

This very unique rigging configuration impressed both the customer and the SC&RA, as well as successfully completing the job. The team finished two days ahead of schedule with no injuries. 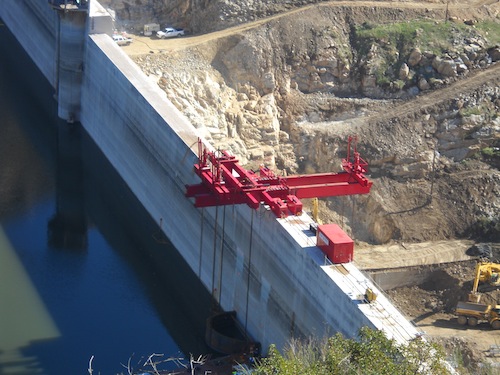 The San Diego Water Authority solicited Barnhart to raise the Coffer Dam approximately 100 feet in order to provide more water to the region. To do this, the dam was divided into eleven sections of approximately 420,000 pounds, and the team would move each piece one at a time with their self-engineered cantilever system.

The creatively designed cantilever system included quite a few items from Barnhart’s toolbox. The team engineered the cantilever system through innovative uses of a synchronized strand jack system, an anchor-design to eliminate counterweights, a rocker-design and installation, an erection sequence and straddle barge, and the tilting of the Coffer Dam to the slope of the dam face. 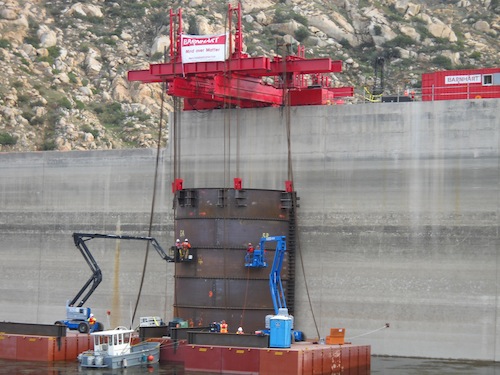 Barnhart concluded the job within 30 days with no issues or violations. Highly trained crews, daily safety meetings, pre-lift communication, test lifts, and other safety precautions kept everyone involved out of harm’s way. 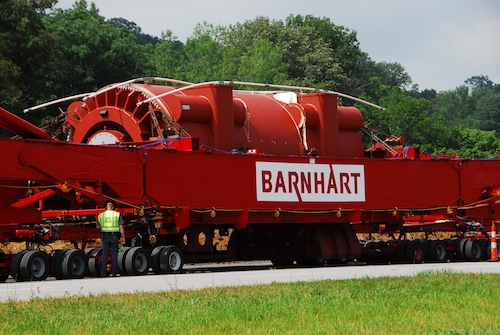 Over 13,277 man-hours, a safety manual of a 115 pages, and 18-months of planning squeezed into a six-month deadline were but a few of the highlights in Barnhart’s successful transport of a 304,000-pound generator. The route extended 174 miles from Port Allen, Louisiana, to St. Paul, Virginia, right through the Appalachian Mountains.

Barnhart’s 24-line dolly transporter, the world’s lightest of its kind, chugged the massive generator from the drop-off to final destination. Several of the following innovations made this transport one of Barnhart’s greatest achievements: 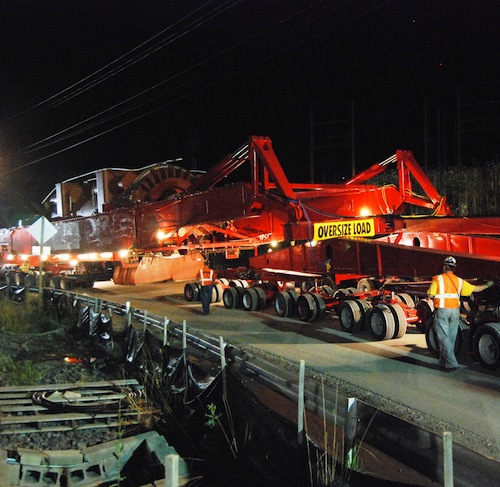