Alan Barnhart, Barnhart Crane & Rigging owner and president, has been named the new president of the Specialized Carriers and Rigging Association (SC&RA) for 2014.  The SC&RA is an international trade association of nearly 1,300 companies from 43 nations. 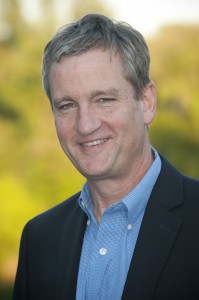 Barnhart has been involved with the association since the 1980s, when he and his brother Eric took over the company his parents had founded in 1969.   Over the next three decades, they built the business into an industry powerhouse with 20 branches across the U.S. recognized as having one of the strongest networks of rigging experts and equipment in the country.

Since the company was founded, it has received numerous industry awards, including this year’s SC&RA Rigging Job of the Year, adding to their stash of association awards which number in the double digits.

According to the SC&RA, the selection of Alan Barnhart not only serves as a symbol of achievement for both Barnhart Crane & Rigging and its accomplished chief, but exemplifies the role that the association plays in providing its members, as well as the industry, with proven, trusted and unsurpassed leadership.

“SC&RA is a solid organization with a great staff,” says Barnhart.  Many talented people have invested their efforts in making it a valuable force in our industry. I plan to continue to push the flywheel. Permit uniformity, safety standards, regulation and training have been valuable contributions of our organization, and we should continue to make strides in these areas.”

“We need to continue to engage the process and encourage change that improves the industry.  My role will be small, but the role of SC&RA has been, and should continue to be, vital.”