Barnhart Crane & Rigging has been selected by space agency NASA to transport components for its Space Launch System (SLS). SLS will be the world’s most powerful rocket for deep-space missions.

The project will involve delivery of a steel mock-up of a pathfinder vehicle, designed by engineers at NASA’s Marshall Space Flight Center in Huntsville, Ala., which will be used to demonstrate core stage operations for the SLS rocket. This core stage reproduction is essentially a shell with no engines or avionics that will measure 213-feet long and weigh 230,000 lbs. 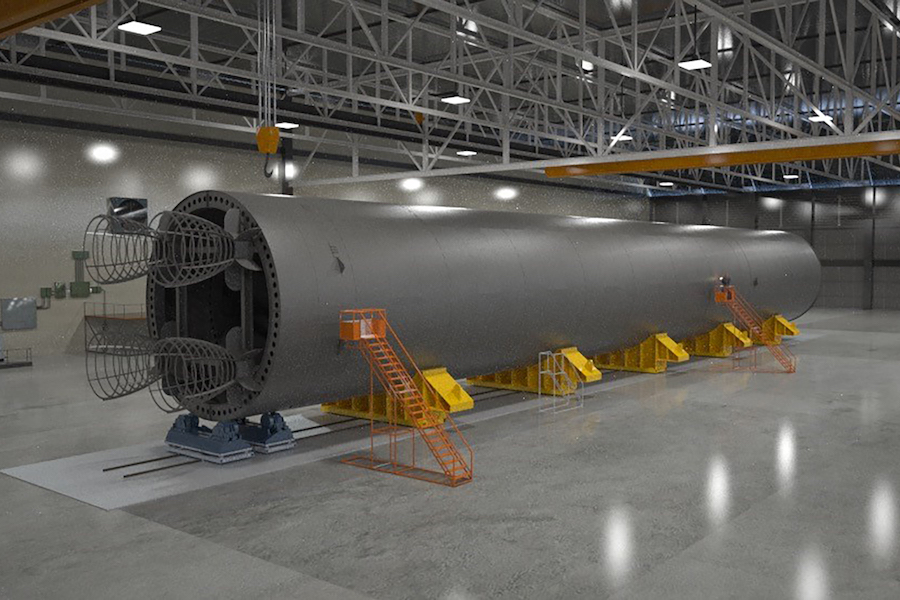 “We don’t want the first time we transport the core stage to be with flight hardware,” said Shane Carpenter, engineering lead at NASA.

Final welding and assembly will take place at the G & G Steel plant in Cordova, Ala. An overhead crane will be employed at G & G to load the mock-up onto Barnhart’s 200 ft. x 35 ft. deck barge used in conjunction with a 250 ft. x 50 ft. canal deck barge on the Black Warrior River. Barnhart will transport the mock-up to NASA’s Michoud Assembly Facility in New Orleans where it will be offloaded onto Goldhofer transporters.

The cargo is scheduled for load-out and transport in March, with the inaugural flight of the SLS anticipated in late 2018.