You might not think a crane and a truck would have much in common. But they do, as demonstrated in a short video, Common Core: Nissan Presents: Titans of Construction, part of a series of videos promoting the Nissan Titan truck.

In the video, Eric Fields, Director of Engineering at Nissan’s Assembly Plant in Canton, takes a trip to a Barnhart job site in Mississippi to check out an “awesome” construction crane.

According to Barnhart’s Drake Townsend, the 100-ton crane can move from site to site and be set up in 30 minutes. But its most unique feature is its video monitoring system, which can capture a 360-degree view, enabling crane operator John Cargile to get a full picture of where the crane is moving. The Nissan Titan is equipped with a similar monitoring system. 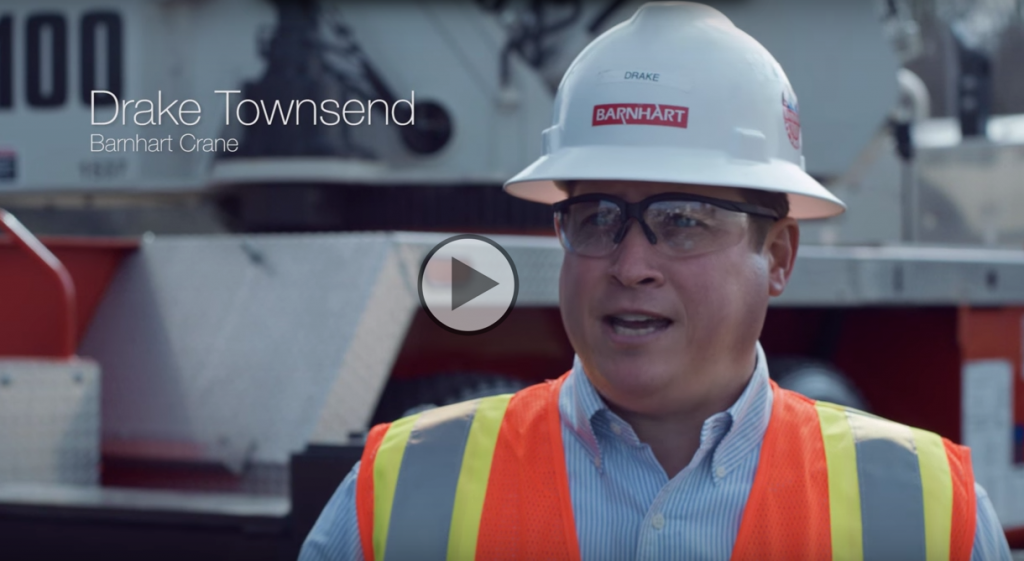