A refinery in Ohio had a problem. A 50-foot-long electrical shelter building had to be transported from one side of the plant to the other, a distance of about a half mile.

However, while developing the in-plant transportation plan, it was discovered that numerous overhead obstacles prevented a traditional transport. Still, the piece had to be moved without schedule delays, which carried potential EPA regulatory penalties.

Barnhart had worked with the refinery’s sister facility, so they were called in and challenged with the task of determining a safe, unique solution to an equally unique problem; how to transport the 14‘  x 12.5’  x 50’ shelter building under eight pipe racks, with the lowest overhead clearance at 15’ 2“ from grade. With that little clearance, a tractor trailer wasn’t an option. 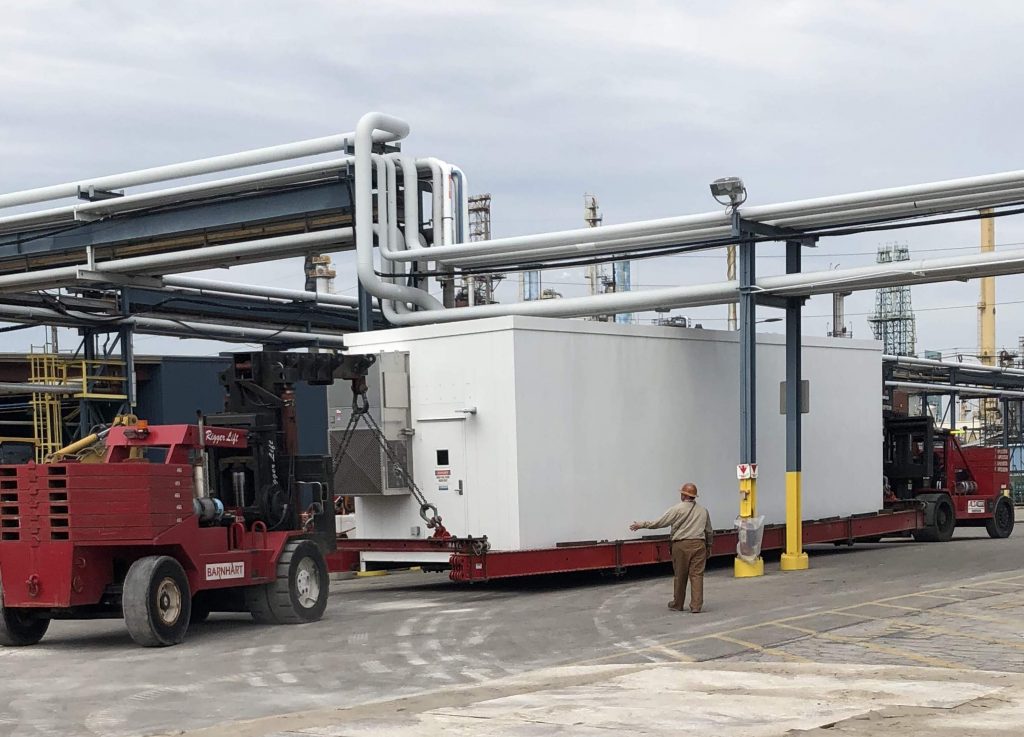 The engineering team went to work to devise a plan and ended up creating a self-contained loading, transportation and offloading solution for the customer.

A custom lifting and transport frame was constructed with a combination of Barnhart 16” and 8” deep slide beams. The frame was supported in four locations using 8” x 4” tube steel. The tubes were affixed to the bottoms of the beams using sandwich plating and all-thread.

The frame was shackled to two 120k Riggers Lift masts with rigging lugs and rigging chain. The two Riggers Lifts worked in tandem to transport the cargo through the plant. The overall transport height of the frame was 14’ 6 ½”, which meant there was a mere six inches of clearance under the lowest rack.

The move took roughly half a shift and the work was performed while the plant was operational. Once the last obstacle was navigated and the shelter transported, it was offloaded with the pair of Riggers Lifts to elevated piers.  The project was executed successfully and on time.