BRIDGE REPLACEMENT: ALL IN A WEEKEND’S WORK

When a bridge is replaced on an active highway, time is of the essence. That was the case with a recent Barnhart project for the Connecticut Department of Transportation (CTDOT).  The company was hired to replace both the eastbound and westbound bridges on I-84 at Marion Avenue in Southington, Connecticut.

According to the Hartford Courant, nearly 85,000 people travel that portion of I-84 every day, so closing a section of the interstate was a major disruption of traffic.  To mitigate the problem, the project had to be completed over a weekend.

The old bridge, built in 1964, was too rusted and deteriorated to repair.  So while CTDOT engineers planned for their removal, the replacement bridges had been constructed on site over the course of several months.

At 9 p.m. on a Friday night the highway was shut down.  The project had to be completed by Monday at 5 a.m.

Once the highway was closed, Barnhart started the removal the two bridges. The stretches of the bridge were 102’ long X 62’ wide and weighed approximately 1040 tons. 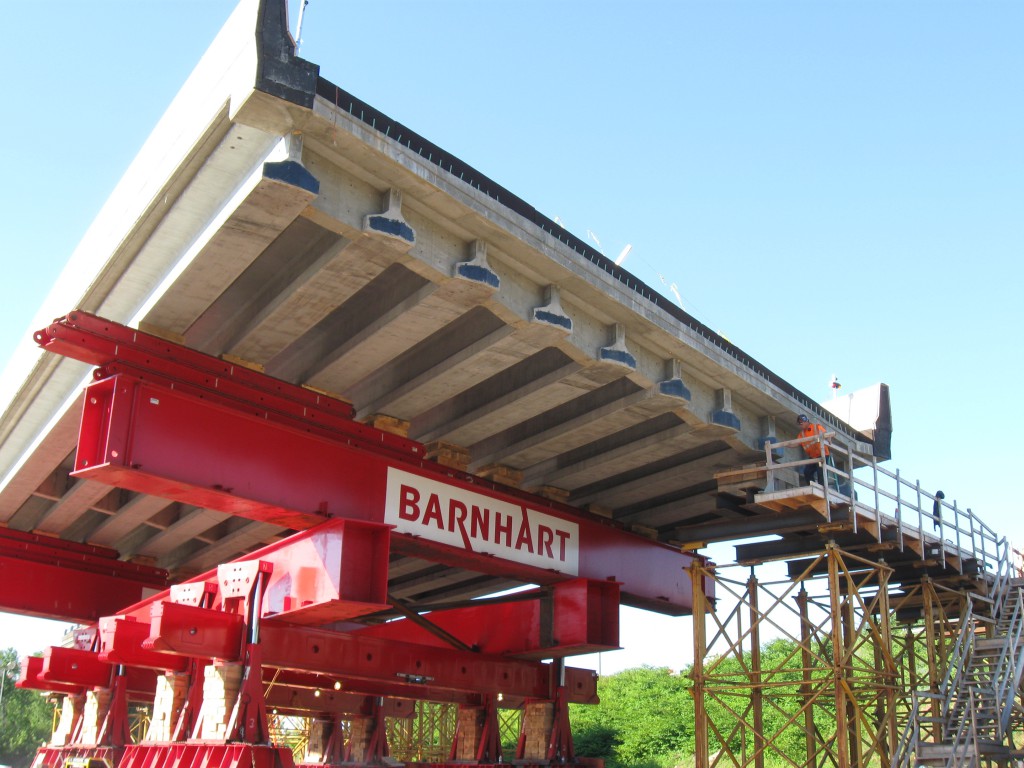 Barnhart utilized two double-wide 12-line transporters made up of 96 axle lines of PSTe trailer, along with their specially–designed shoring and secondary lift systems and 16 pull up gantries to remove and replace the bridge superstructures.  The two transporter plan allowed the bridge moves to be accomplished at the same time. The result – both bridges were replaced in less than 12 hours of trailer time. 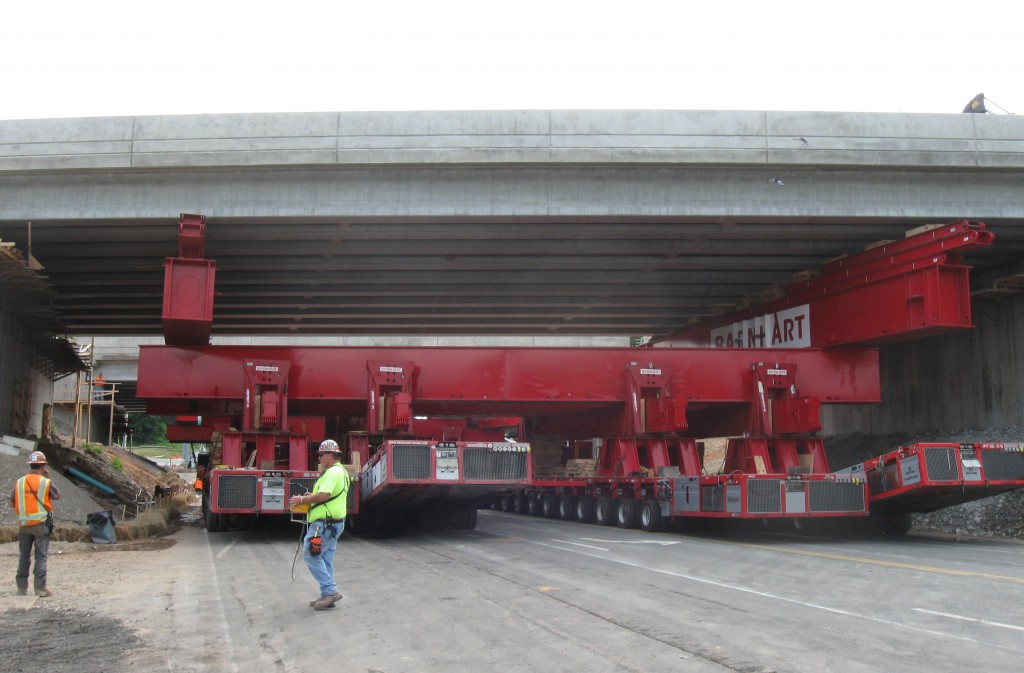 The CTDOT was able to reopen the eastbound lanes more than 12 hours ahead of schedule at 4:30 p.m. Sunday.  The westbound lanes also reopened early at 8:21 p.m.

The project was so compelling it drew a crowd of spectators at all hours of the day and night.  It was also captured in a time- lapse video.  See the evolution of the project, from the removal of the original bridge to the replacement of the new bridge.