The biggest news in golf this week came in the form of Bubba Watson, a self-taught pro from Bagdad, Florida who picked up the most coveted piece of apparel in golf, a green jacket from the Masters.

One key to his win was a bright pink driver.  So why was he toting that around?  The driver is part of a year-long campaign sponsored by club manufacturer PING. Every time Bubba drives the ball over 300 yards with the club, PING donates $300 dollars to his charity, “Bubba & Friends Drive to a Million”. Presently, he leads the PGA Tour in driving distance with an average of 313.1 yards. 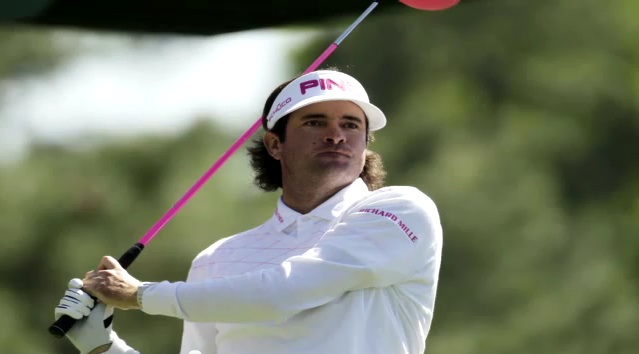 To capitalize on the visibility of the club, this week PING announced it will sell 5,000 limited-edition all-pink G20 drivers beginning June 1st. The drivers, which will be sold in pro shops across the country, will cost $430 with 5% of the proceeds going to charity.

This is an example of profit with a purpose.  And that’s one of our core values at Barnhart Crane.  We will invest our profit to expand the company and to meet the needs of others.

Why do we do this? Because like Bubba, we share a passion for faith, philanthropy and giving back.

Meredith Portman is a freelance writer who specializes in heavy industry, healthcare and education.
View all posts by Meredith Portman →
This entry was posted in Educational, Featured and tagged Bubba Watson, core values, Heavy Hauling, profit with a purpose. Bookmark the permalink.