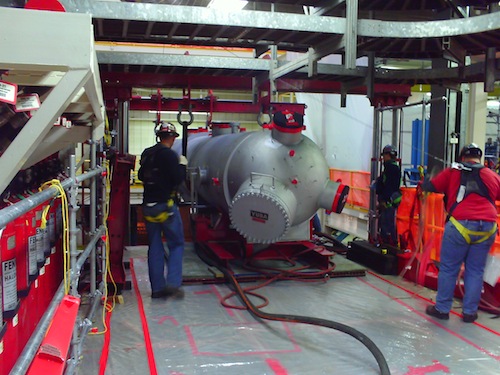 A confined plant setting restricted an easy move and replacement of a nuclear feedwater heater. 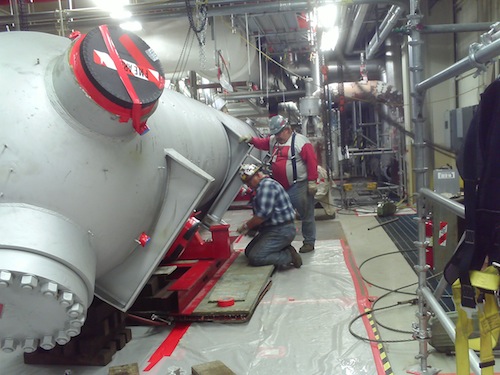 A nuclear plant in Wisconsin called Barnhart in to replace four feedwaters heaters. In order to remove the heaters, the team employed jacks to raise them from their original position, anchored in by bolts, and onto custom-fabricated saddles that sat upon Barnhart air skates.

The crews led the feadwater heaters down their predetermined path through the factory toward the crane bay until they reached an obstruction that would not allow the heaters’ nozzles to pass. To fix this problem, the team rotated the heaters on their axes, cleared the obstruction, and then returned the heaters to the originally position atop the custom saddles and air skates. 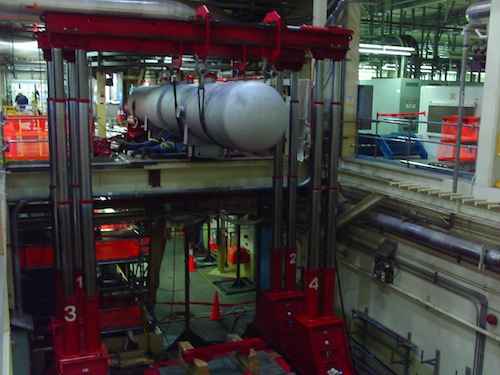 Once the workers reached the crane bay, Barnhart used an 800-ton grantry to lower the feedwater heaters twenty-six feed to a Goldhofer trailer. From there, the crews transported the heaters to a lay-down area on site.

Despite starting the job four-days late, Barnhart successfully completed the project ahead of the originally-scheduled completion date.