Posted on September 26, 2016 by Meredith Portman

Clint Eastwood’s latest movie, “Sully,” follows the story of the legendary pilot Capt. Chesley B. “Sully” Sullenberger and his successful landing of a crippled U.S. Airways plane in the frigid waters of the Hudson River in January 2009. The masterful water landing was hailed as a miracle, as all 155 passengers and crew from Flight #1549 survived.

Crucial to the investigation that followed was the recovery of the submerged pieces of the plane, a recovery that relied on a heavy lift crane.  And while Barnhart was not involved in the project, we always appreciate a story about a heroic lift.

According to a story in NewJersey.com, the operation to lift the pieces of the plane and recover the plane’s flight-data recorder, or black box, was hampered by river currents and 36-degree waters. Poor visibility made it difficult for divers to maneuver around and inspect the plane.  The divers’ suits were equipped with voice communication devices and hot water hoses for icy conditions. 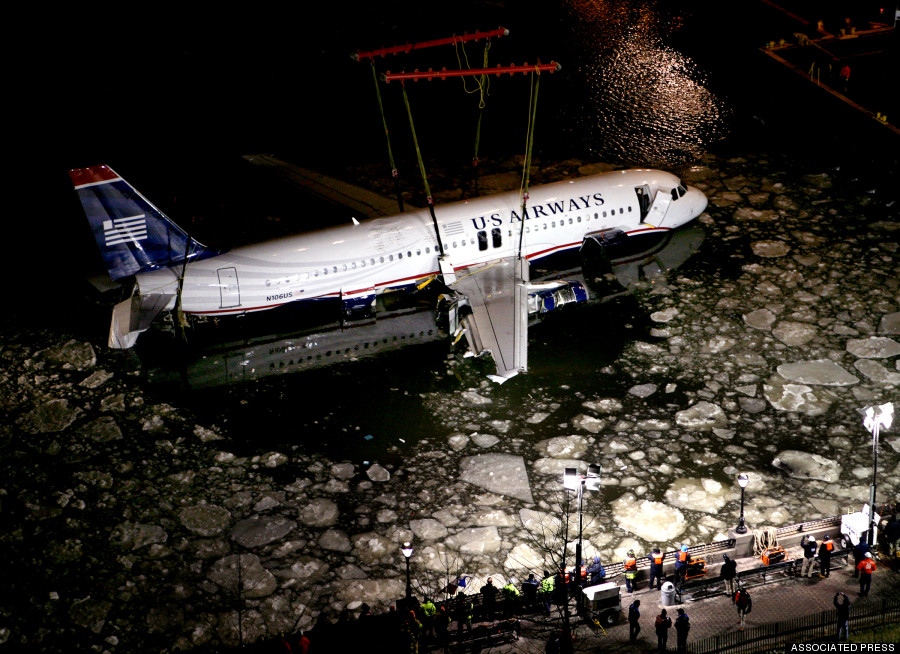 But two days after the event, divers were able to fasten harnesses below the fuselage of the largely intact plane. The harnesses were connected to horizontal bars above the plane, which were attached to the cables of a Weeks Marine 500-ton heavy lift crane, sitting atop a barge.

Since the Airbus A-320 was filled with water, it had to be raised gradually to let the water drain. A tug boat kept ice floes away from the plane.

According to the story, the process of lifting the plane took roughly 90 minutes on the evening of January 17. The tail was lifted first and within 10 minutes most of the fuselage was visible. Then the wings began to emerge. Once Flight #1549 was out of the water, the crane swung the jet toward an empty barge and set it down. At one point, the right wing gave way slightly, and the plane shuddered, but did not break.

The NTSB was able to recover the black box from the plane’s tail section, providing critical information to the investigation.

Meredith Portman is a freelance writer who specializes in heavy industry, healthcare and education.
View all posts by Meredith Portman →
This entry was posted in Heavy Lift and tagged Barnhart, Flight #1549, heavy lift crane, Miracle on the Hudson, Sully, Weeks Marine. Bookmark the permalink.