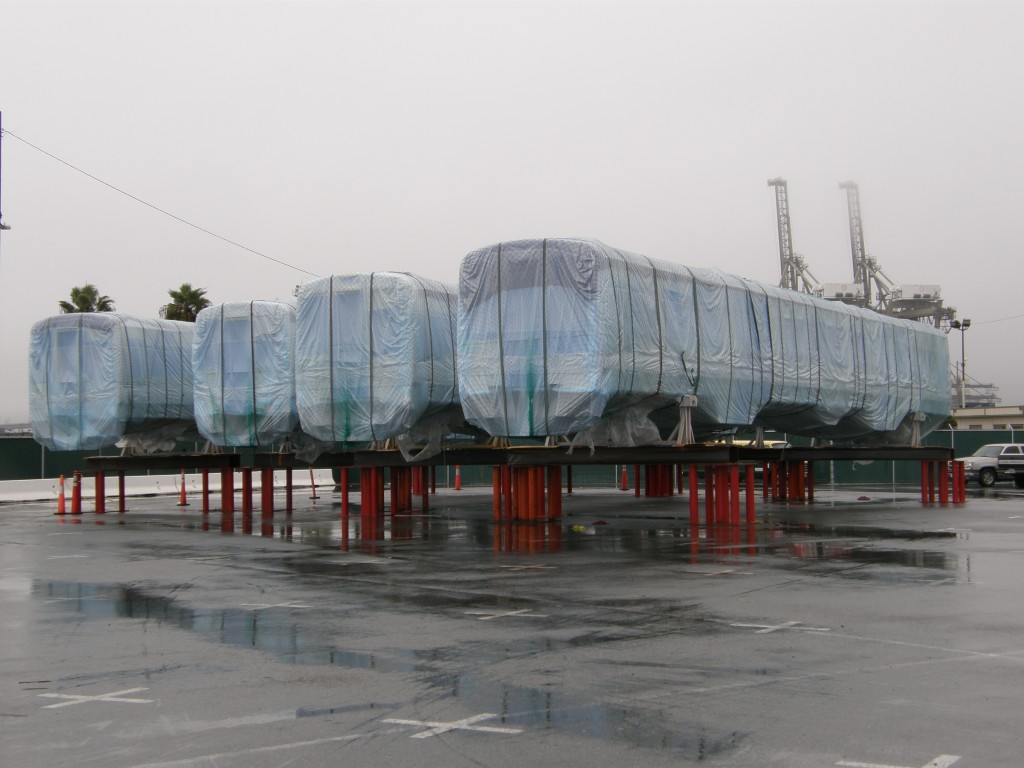 A customer tasked Barnhart to unload eleven rail car shells for a cargo ship, store the cars on site to allow for the unloading of other cargo below the shells, and then load the shells back onto the ship. 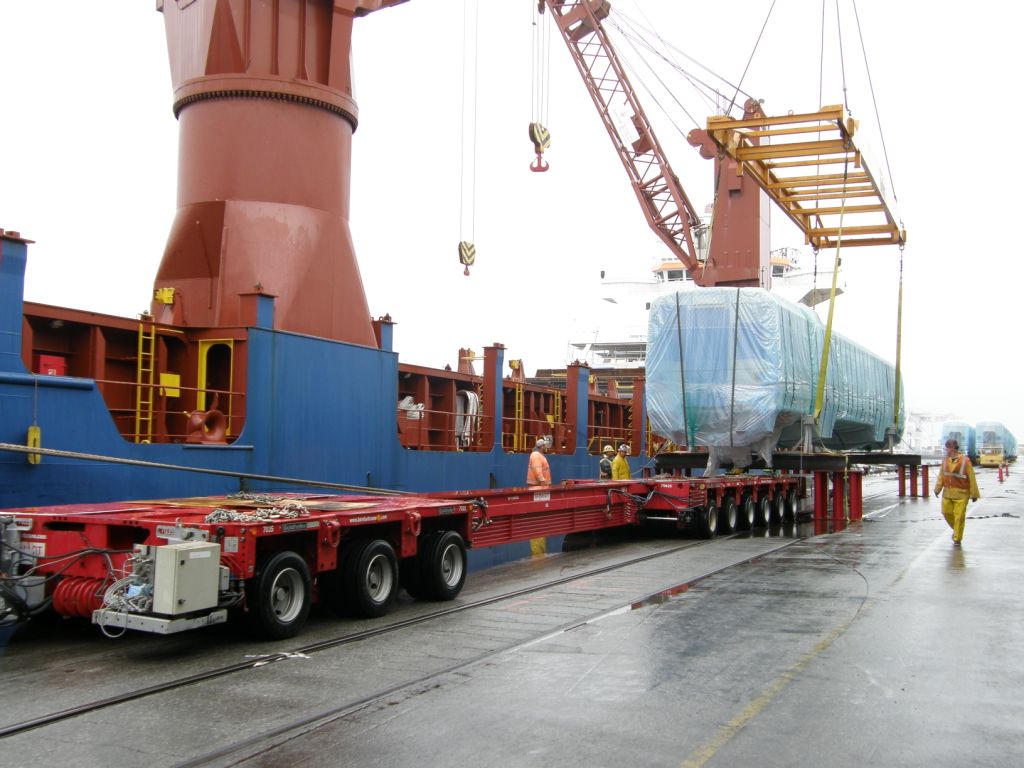 The team used two PSTe Goldhofer trailers and staging beams to remove, stage, and replace the cargo in the quickest time possible.

A customer contracted Barnhart to quickly remove 11 Hyundai-Rotem rail car shells from a cargo ship so that other cargo below the shells could be removed. Once the ship crew unloaded the other cargo, Barnhart placed the rail shells back into place. 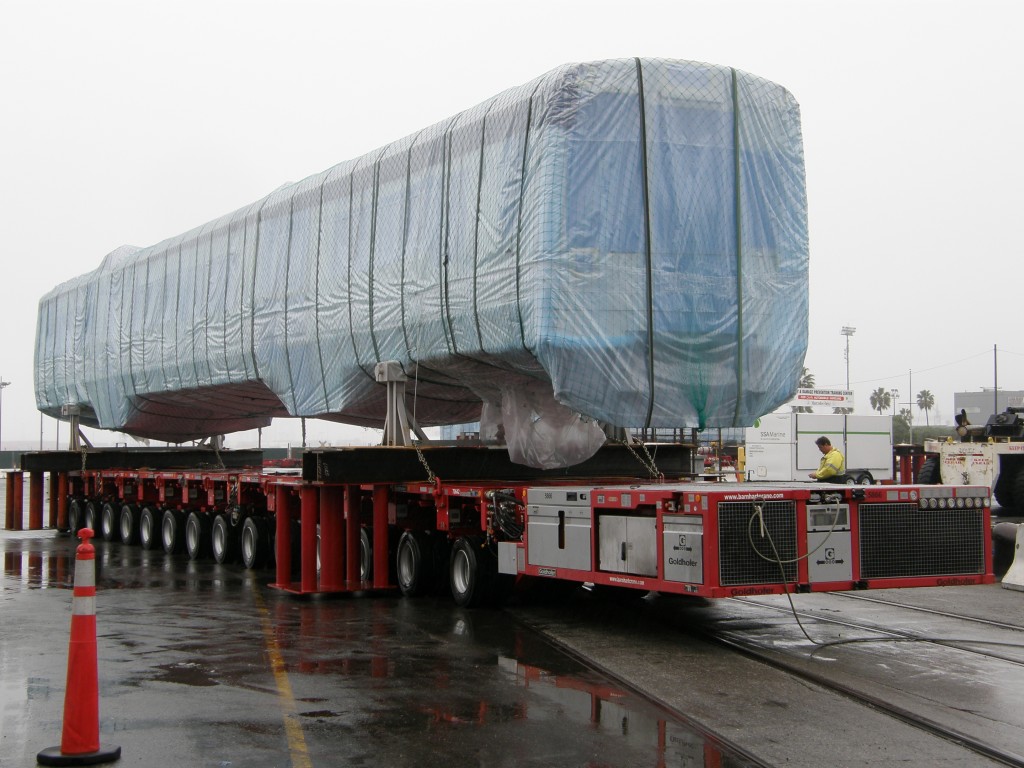 The team also stored the equipment on site by means of staging beams and 48-inch stands. The crew welded the beams and stands together and placed the alongside the ship. The shells were lifted onto the stands, after which the Goldhofer trailers drove under the shells and stands. Once tied down, Barnhart moved the equipment to the temporary storage site, an on-grade asphalt parking lot within the terminal.

The team repeated the process eleven times until the remaining cargo was removed from the ship, at which point Barnhart placed the shells back onto the cargo ship. 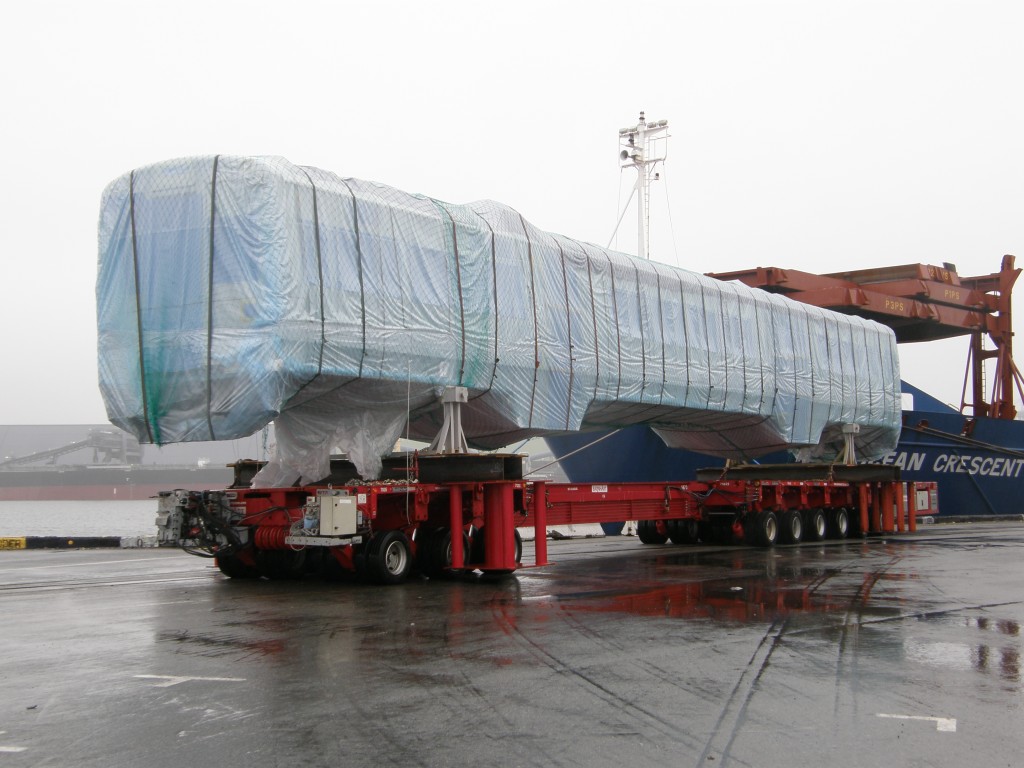