DIRTY JOBS AND THE WAR ON WORK 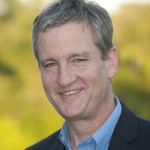 This was the message of Barnhart president and CEO Alan Barnhart in his keynote speech which celebrated work and profit at the recent World Crane and Transport Summit in November in Miami.

Barnhart told the audience of more than 260 high-level delegates at the Biltmore Hotel, “We should celebrate the innovation, the profits, and the value works creates.”

Using a mix of eclectic references from Charles Koch and his book, “The Science of Success” to a TED talk by “Dirty Jobs” host Mike Rowe, Barnhart illustrated each of his points.

He concluded his address with a segment entitled “Hard Work, Hard Workers” which referenced Rowe’s talk in which he described an episode where he served as a sheep rancher.  During the course of this particular dirty job, Rowe had to castrate a sheep in a graphic manner.

Oddly enough, this proved to be a eureka moment for Rowe, one that led him to make numerous observations on life and work.  A particular insight was that as a society we’ve declared war on work, a message that is reinforced by advertising that says your life would be better if you didn’t have to work so hard.

Rowe extolled the value and benefits of hard work, and of the need for a resurgence of manual and skilled labor to rebuild our aging infrastructure. These jobs, Barnhart emphasized, are the lifeblood of the crane and rigging industry.

The World Crane and Transport Summit brings together key stakeholders in the global lifting and heavy transport industry. The November Summit marked the first time it was held in the United States.