A recent article on thoughtcatalog.com, describes the “23 Things Everyone Believes that Have Been Disproven by MythBusters.” Here are just a few goodies.

Dropping a penny off the side of the Empire State Building could kill someone. No, it couldn’t. A penny is not big enough or dense enough to do this, even factoring in the distance it would fall. 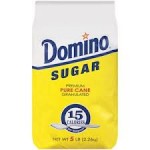 You could pick up radio stations and phone calls on an old tooth filling.  No, a tooth filling will not act as an antenna.

Quicksand sucks you underground until you die. This is an invention of the movies and our imaginations, fortunately. Real quicksand would be even more buoyant than sand.

You could destroy someone’s car by putting sugar in the gas tank.  Nope. In the experiment the car actually ran better after the sugar was added.

Using your cell phone while pumping gas could trigger an explosion.
An explosion could occur while pumping gas due to the gas vapor in the air combusting with an electrostatic charge–but it wouldn’t be your phone’s fault. This kind of static discharge can occur when getting in and out of your car.

If you drop a piece of food on the floor, you should apply the 5-second rule. Anyone with a child has heard this one.  Really now, the food collects the same amount of bacteria whether it’s been on the floor five seconds or 50.

You could stay alive underwater while breathing air from your car’s tires.  James Bond aficionados will be disappointed.  Again, it only happens in the movies.

Now let’s look at a few myths about Barnhart.  Some people think we simply provide crane service.  That myth is busted.  We actually have one of the nation’s largest inventories of specialty rigging and heavy lifting equipment.  This fact has allowed us to win the SC&RA Rigging Job of the year more than 20 times.  We also have the largest inventory of Goldhofer trailers in the U.S. making our ability to perform jobs like hauling and installing the world’s largest Tunnel Boring Machine in Seattle an undeniable reality.