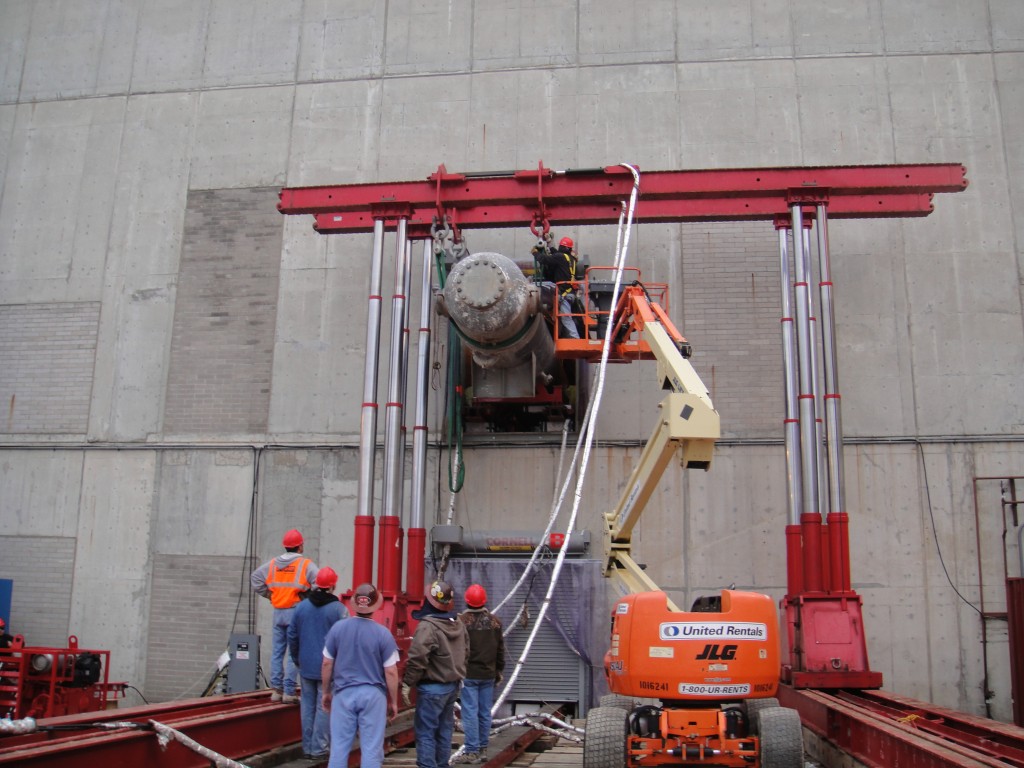 A customer contracted Barnhart to remove and replace three nuclear feedwater heaters in extremely frigid weather, as the temperatures on the day steeped to -22°, and the wind chill measured in at -44°. 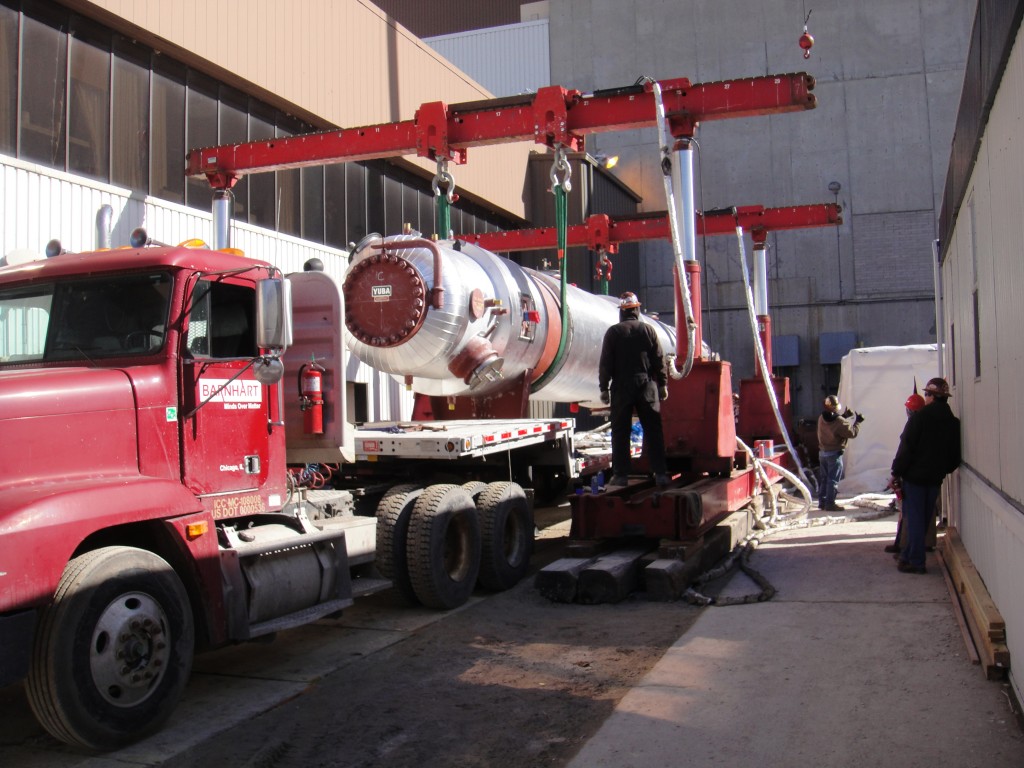 The crew modified a conex, the large, steel shipping container in which the hydraulic gantry pumps were sent, by installing insulation to protect the pumps from the cold. In addition, the team also engineered heat-traced hydraulic lines that also prevented the cold from slowing down the job.

On this particular job, Barnhart supplied all the engineering, equipment, operators, and pipe fitters to support the removal and replacement of the three feedwater heaters. The heaviest heater weighed in at a staggering 67,000 pounds. 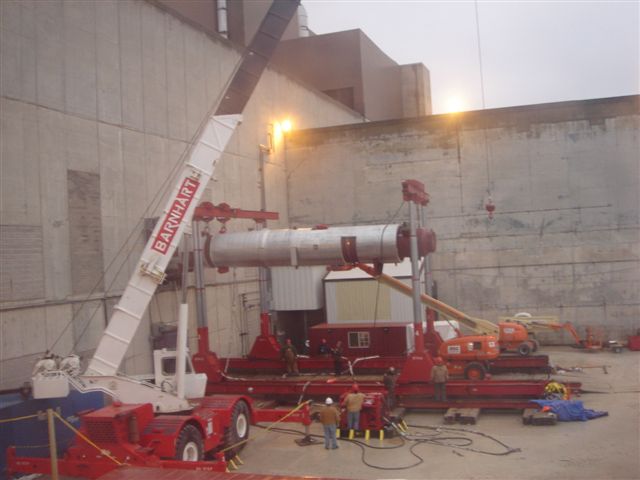 Due to the critically cold temperatures, the crews added insulation to the conex to protect the pumps from the fierce weather. Next, they employed heat tracing on the hydraulic lines, a method in which an electric heating element runs along the lines to raise or maintain fluid temperature.

Although this method is not standard, it raised the temperature of the hydraulic fluid in order to keep the gantry cranes functioning properly. Not only did they employ heat tracing, but they also insulated the lines as well.

Despite the cold, the nuclear station allotted the team sixteen hours to complete the entire job. Barnhart actually finished the job in 14 hours with a rather large portion of those hours spent performing last-minute pipe removal.

In fact, the customer, very impressed with the speedy completion of the work, expressed to the project manager that the project time must have been a “new world record.” However unlikely that may be, the team nevertheless finished the job quickly despite the poor conditions.