The Future of Cranes: Rocket Power?

Imagine a future with cranes that harness the power of rockets to do their work. If you think it sounds like a bad plot from a space-era science fiction novel, you aren’t far from the truth. In fact, NASA used a rocket-powered crane when it landed the Curiosity rover on the surface of Mars on August 5. The rocket-powered Sky Crane was the solution for a huge engineering problem that is literally out of this world.

Previous rovers used airbags during the final descent to the surface of Mars, but Curiosity is different. It’s a whole lot bigger and heavier, which means the traditional methods are out the window. The Curiosity weighed in at roughly 900 kilograms, while the previous rovers were only at about 175 kilograms. As a result, the rover used the Sky Crane to make the landing soft enough for the sensitive scientific equipment to survive. Most of the landing was the same, but when the rover was about a mile up from the surface the Sky Crane deployed. 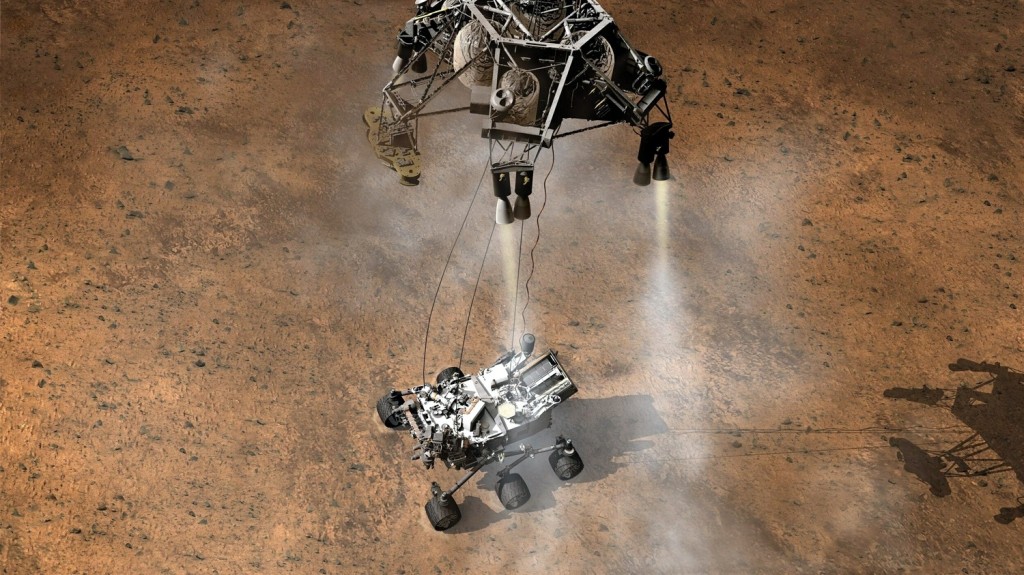 The crane was equipped with four steerable rockets that slowed the descent down from about 180 mph to almost nothing by the time the rover landed. The rover separated from the crane and started to be lowered when it was about 60 feet away from the surface. Imagine a crane lowering something down to the ground, but instead of the crane being anchored to the ground it hovers on jets of fire. After the Curiosity hit the ground the crane detached and rocketed itself away so it didn’t damage anything.

Years of planning, engineering, and effort went into this one landing, which relied on a rocket-powered crane for success. It sounds insane, but so are some of the huge moving jobs that take place here on planet earth. The Sky Crane technology likely won’t have any implications closer to home (unless we start colonizing the moon and need soft landings). Nonetheless, it’s stories like these that serve as a reminder that engineering has the power to overcome all kinds of obstacles.