Barnhart was recently hired to remove and replace two feedwater heaters at a power plant in Kansas during a planned outage. But it wasn’t going to be easy.

The project, which was featured in Cranes Today, had a number of challenges. The heaters were stacked on two floors and surrounded by a structure that could not be removed. Both vessels were out of reach of the overhead crane and would have to be slid out onto the turbine deck floor to get to the hook. But the turbine floor had limited capacity.

The lower heater was able to be moved from its position to the awaiting crane using a light and heavy slide track and pull up jacks. Barnhart added cribbing over the beams on the turbine floor and under the heavy slide system to support the load.

The upper vessel was a more complicated removal. Barnhart’s engineers determined that it would have to be slid out, suspended and lowered through a hole in the floor. A light slide system was utilized because limited headroom caused freedom of movement issues for the overhead crane. 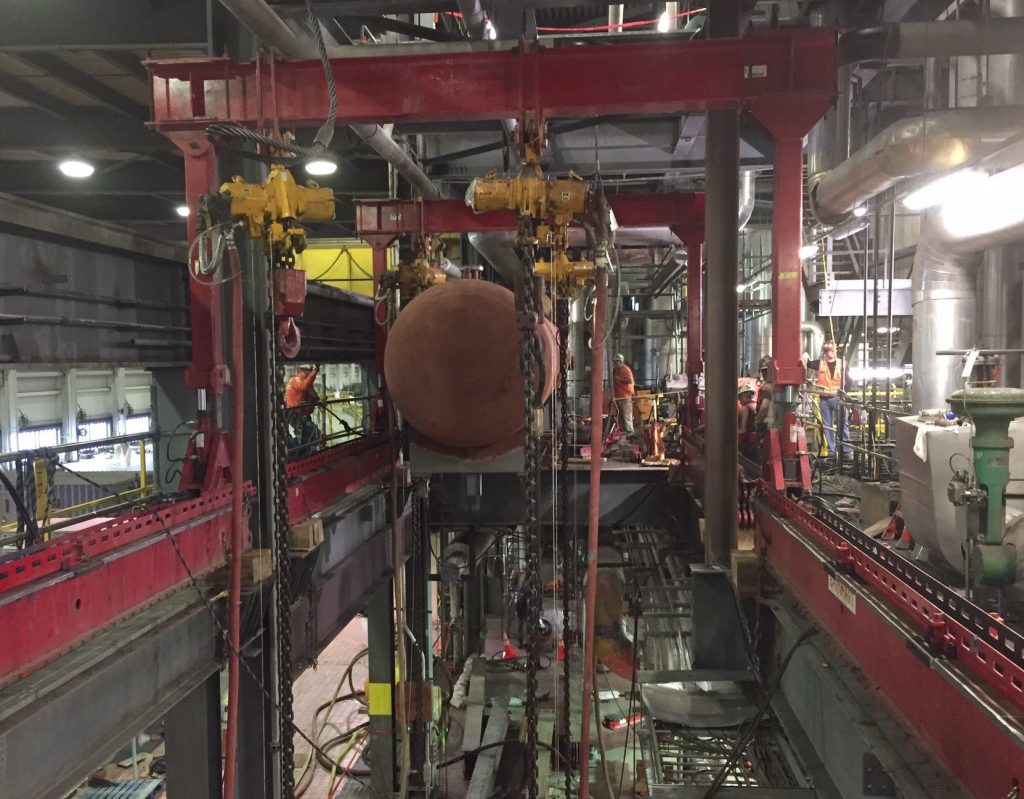 The process was executed in reverse to replace the two heaters.

Precise engineering resulted in minimal downtime for the customer. Barnhart had planned to complete the job in 16 shifts, but was able to complete it in only 12.