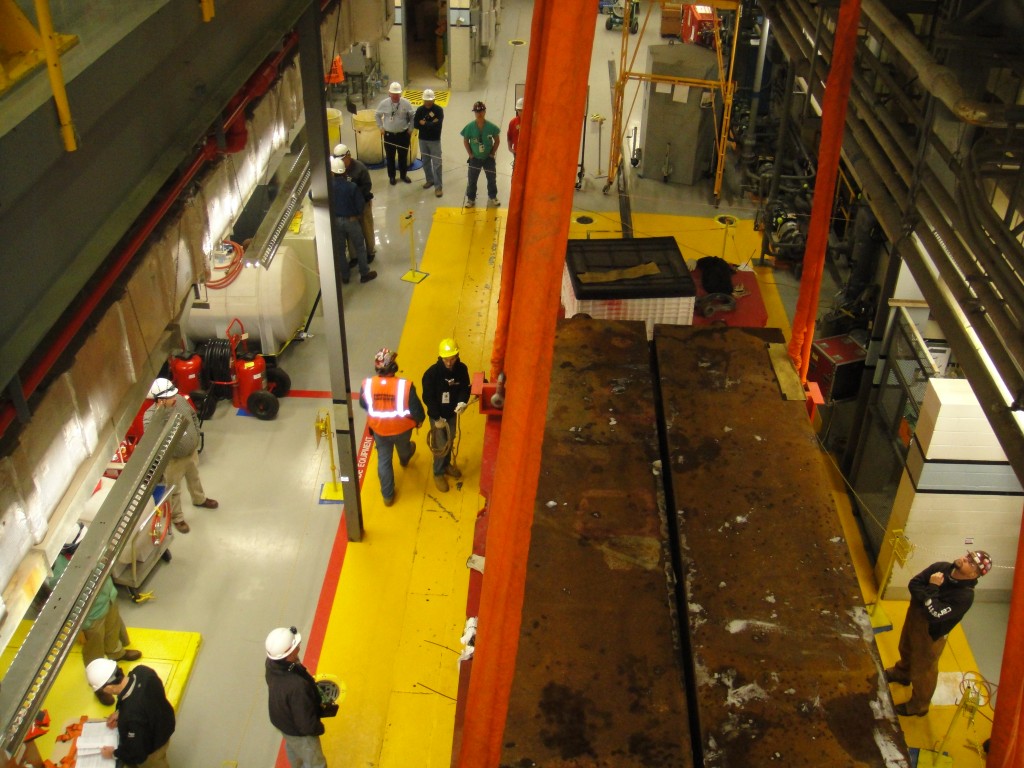 Freezing temperatures in the Midwest thwarted Barnhart’s work yet again when performing a 35,000-pound crane load test. Upon opening the track way doors of the plant, the extreme cold weather threatened to freeze the equipment. 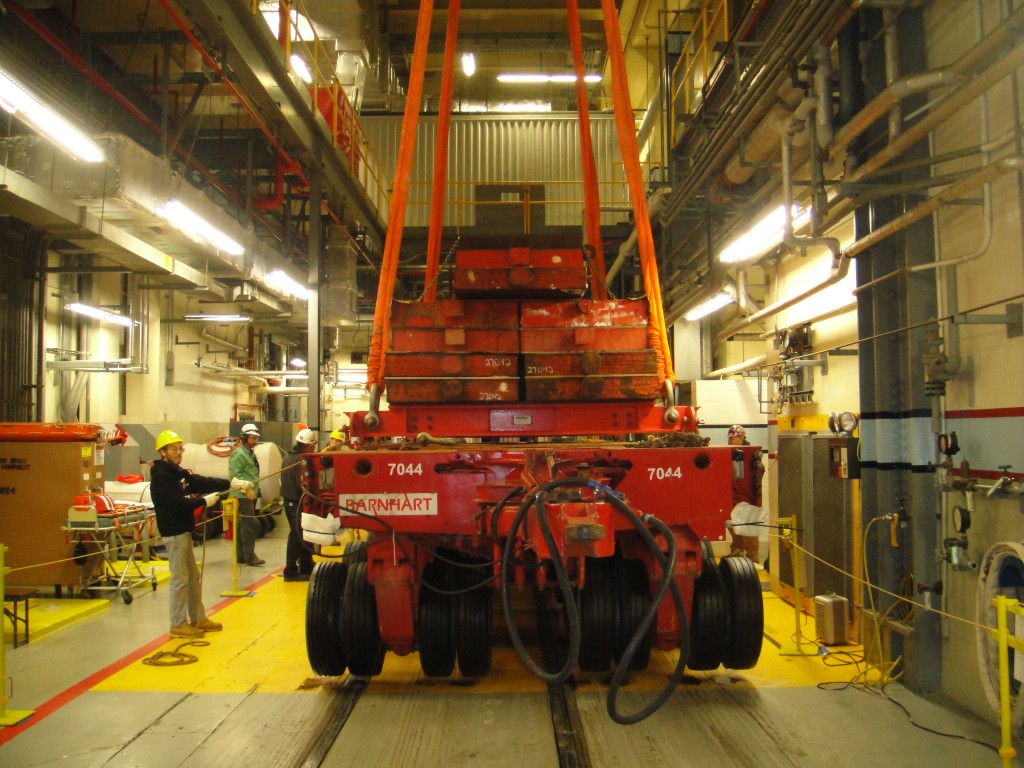 An earlier, almost identical job gave the team previously prepared drawings and plans to quickly finish the job in the frigid weather. Innovative modifications to the plan prevented the equipment from freezing.

A customer contracted Barnhart to perform a crane load test for a nuclear power plant’s turbine building crane. The test including six tests in which the team added 25%, 50%, and over 100% of the weight capacity on both the auxiliary and main hoists. The heaviest test load weighed in at 354,000 pounds.

In fact, these tests almost exactly matched an earlier project. This allowed the team to borrow the earlier project’s drawings and plans, in addition to a previously used lifting frame. 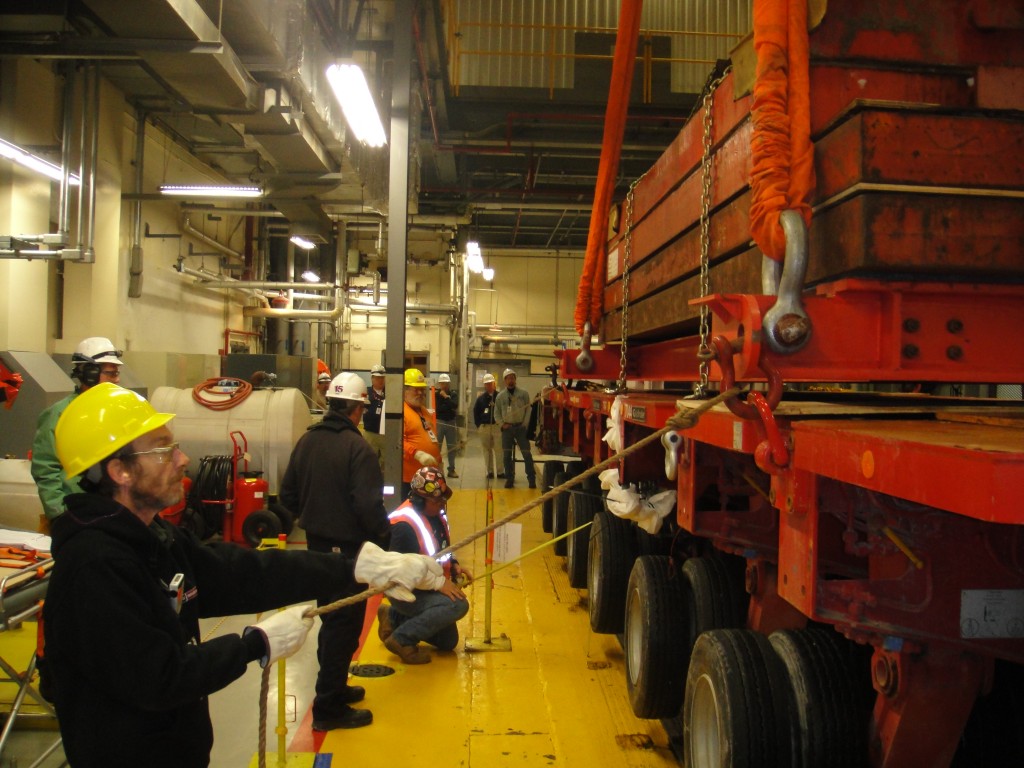 The crew transferred all of the weights in and out of the protected area on the Goldhofer trailer. Barnhart did face some problems when the existing plant equipment almost froze as the plant opened the track way door.

As a result, project management engineered minor modifications to the procedure which resolved the problem. The customer expressed much gratitude for Barnhart’s adjustments and overall satisfaction with the project’s completion. The team finished the job without any incidents.