PROJECTS RESULT IN TWO JOB OF THE YEAR AWARDS

In the Rigging Job of the Year, Barnhart tackled an emergency project that involved the removal and replacement of a ground-level exchanger shell at a refinery. But due to restricted access to the shell, it wasn’t going to be easy.

Directly above the 17-foot-long shell was a tangle of live piping within two inches of the shell. It was also surrounded by instrumentation and structural steel. The alleyway to the exchanger was less than 30 feet wide and at 15 feet above grade elevation there was a 10-foot-wide overhang. The unit was also operational.

Barnhart determined that the solution for removing the shell would need to be “mobile, modular and maneuverable.” The team had five days to come up with an answer. 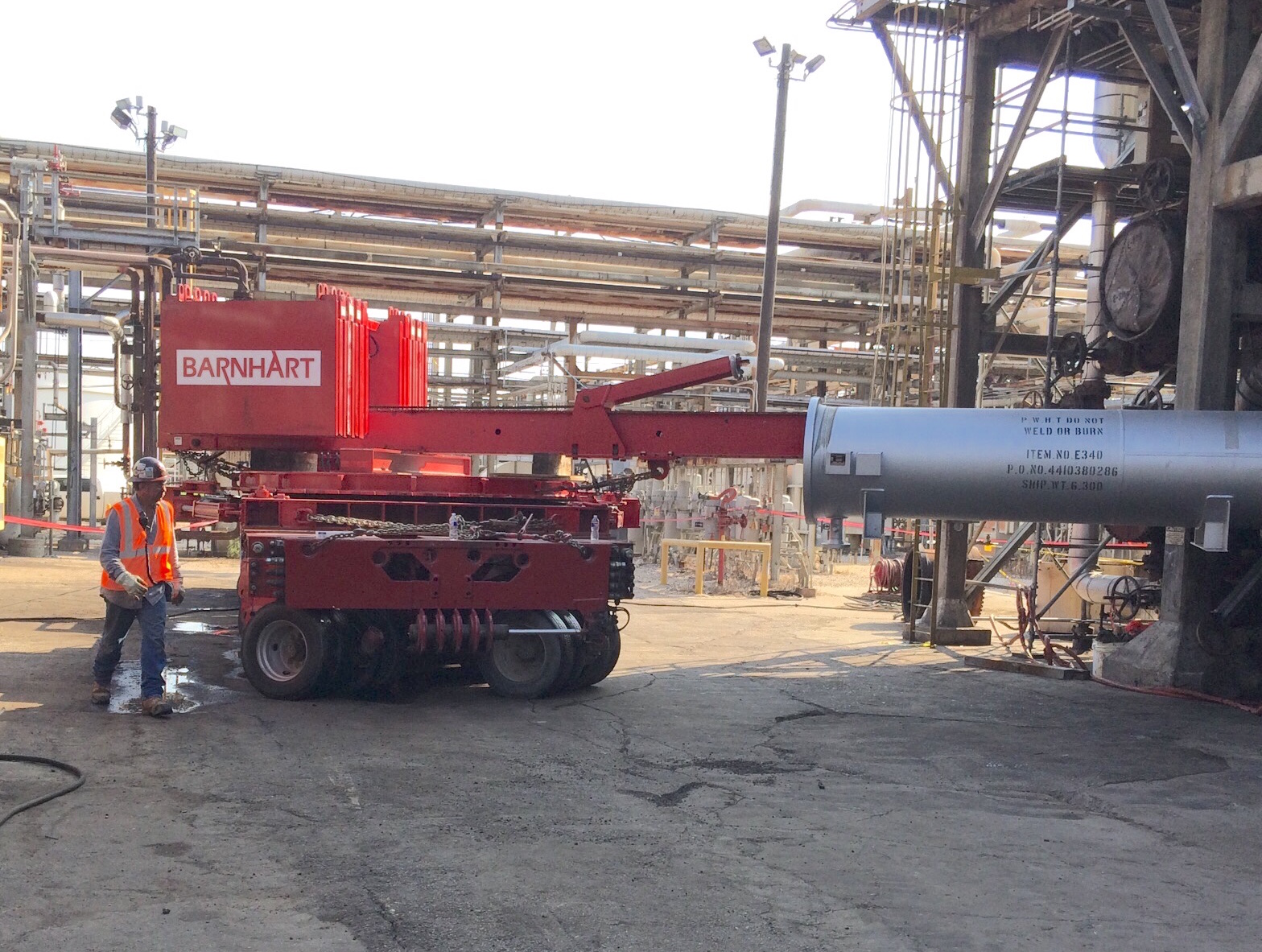 They devised a custom movable counterweight cantilever system called the M1A1, stacked components that resembled a tank. The M1A1 had 30 kips of counterweight secured to a 750-ton hydraulic turntable, which was attached to six lines of Goldhofer PSTe.

The M1A1 allowed Barnhart to maneuver and rotate 360 degrees in the 30 feet wide alleyway. The system was able to stab inside the exchanger, lift the shell in a very tight area, and rotate it 90 degrees for removal from the unit. The process was reversed for the replacement of the shell.

In the Hauling Job of the Year, Barnhart was hired to haul a new heat recovery system generator (HRSG) from Tulsa to Los Angeles, a 2,343-mile journey that crossed six states. The HRSG was roughly 43 feet long, 16 feet wide, 16 feet tall and it weighed 225,000 lbs. The center of gravity was not centered longitudinally, it was offset by 3.5’, so it would be a challenge getting the axle lines loaded evenly.

Barnhart designed a trailer configuration that utilized two Goldhofer six-line California style dual lane trailers with 7’ dollies, 9’1” axle spacings at 20’ wide.  The permitted dimensions of the trailer were 260’ long, 21’ wide, and 17’11” tall with axle loadings of 38,000 lbs. per line. Barnhart also used a gooseneck on the front trailer to maintain equal axle loadings on all axle lines. 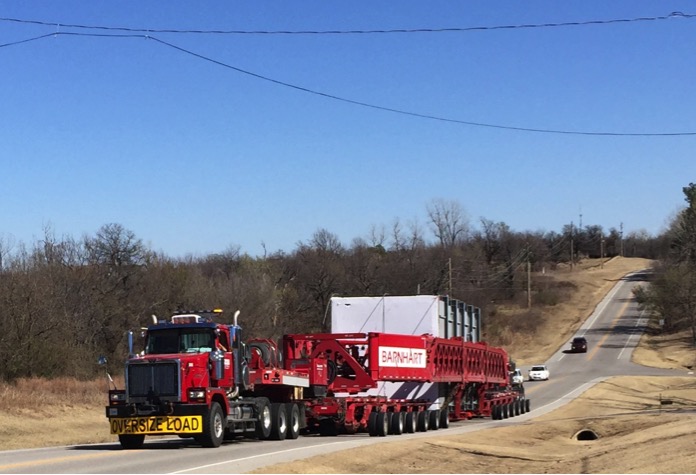 The project took approximately 11 weeks from start to finish, which included seven weeks for permitting, trailer mobilization and loading. The actual 2,343 haul took three weeks, a trek that was completed without a safety incident or any DOT citations.