R & R projects, the remove and replace variety, are often challenging, time-sensitive jobs performed during turnarounds and outages. These are the kinds of projects we relish.

During a turnaround at a refinery in California, Barnhart was given little notice on a complicated project to remove and replace four air grids. The grids, weighing 28,000 lbs. each, were located inside the regenerator of the fluid catalytic cracking (FCC) unit.

Barnhart was notified of the project on a Thursday. The team arrived on site on Friday and met with the customer. Then they got to work figuring out an efficient solution. Engineering was finalized and equipment and personnel were mobilized on Saturday. By Sunday, the team was ready to make the first pick. 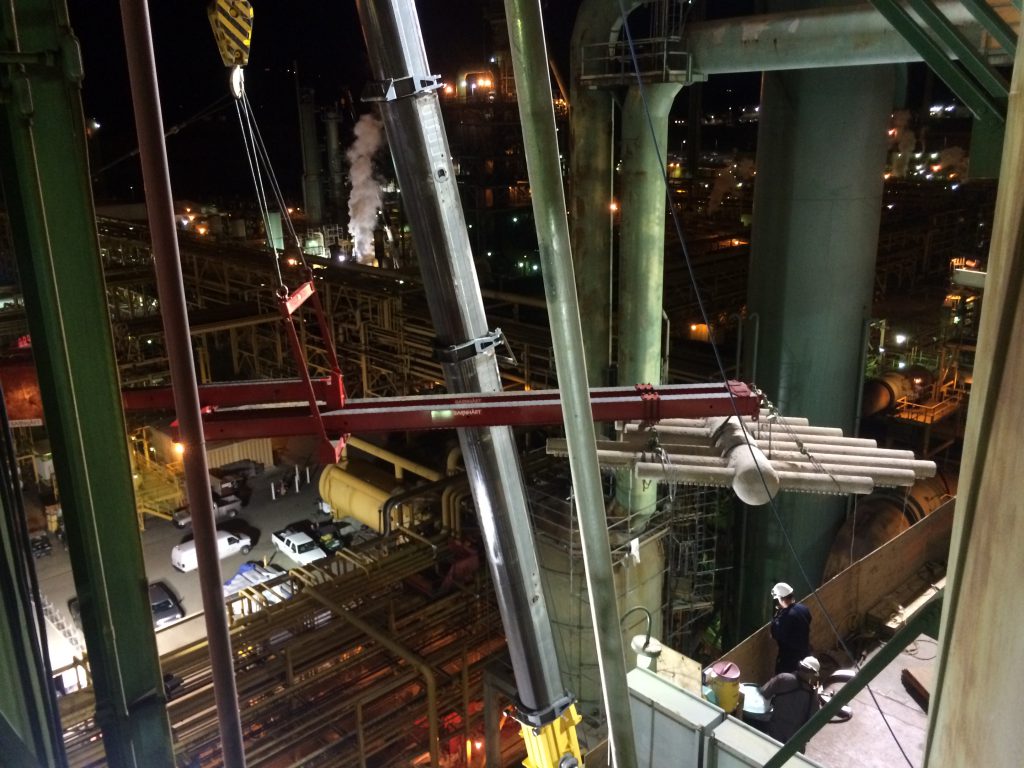 The grids had to be navigated through some tight and congested spaces. Barnhart utilized their Moveable Counterweight Cantilever System due to its maneuverability on lifts needing lateral movement to avoid obstructions.

Some of the obstacles Barnhart encountered were platforms that interfered with the crane’s boom and additional structures that had to be avoided. The operation was also happening in a heavy traffic area, so safety was critical.

Despite these challenges, Barnhart removed the grids in one and a half shifts, a fraction of the estimated 14 shifts and seven days the customer had estimated the job would need. That quick turnaround during a turnaround, saved the customer considerable time and money.