Barnhart is often called to move cargo large and small and sometimes even antique.

Barnhart’s Spokane branch was hired to move a 1920’s era Forney steam locomotive from its site at the Pullman Depot Heritage Center in Pullman to the Inland Northwest Rail Museum in Reardon, Washington. It was a task that was familiar, as Barnhart brought the engine to Pullman in 2008.

The locomotive weighed approximately 60,000 lbs. The crew used a 100-ton Linkbelt machine, a crane operator and a couple of riggers to complete the team.

The main concern was making sure the components of the antique piece were protected during all phases of the project. Barnhart carefully fastened slings and chains to the engine, so it could be lifted and moved to the truck. 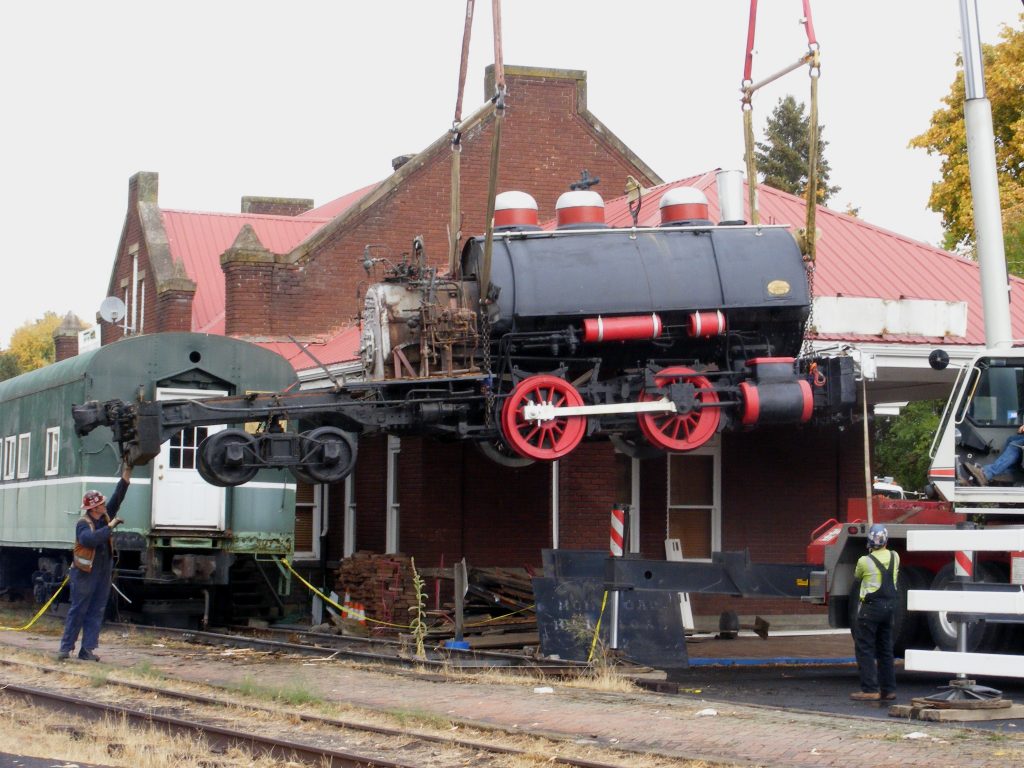 The locomotive was set on a heavy haul seven-axle lowboy for the 100-mile trip to Rearden. At the Northwest Rail Museum, it was offloaded and set on their display track.

Observers watching at the Pullman Depot witnessed quite a show.

“The team hoisted the steam engine into the air, expertly maneuvered it alongside our depot, and gently placed it on a trailer for the trip. The entire process was accomplished with care and precision,” said Linda Hackbarth, Co-chair of the Pullman Depot Heritage Center Project.

Watch a video of the project here.