Everyone knows that football is only part of the Super Bowl spectacle.  The half time show featuring a headliner, pyrotechnics, and an occasional wardrobe malfunction brings in its share of viewers.  But when it comes to hype, the ads get as much attention as the game itself.

Super Bowl ads came into their own after Apple’s infamous 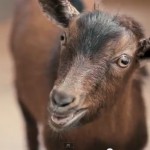 “1984” spot in, 1984.  Since then, the ads have been their own sideshow, a high-priced slugfest between clydesdales, babies, babes, dalmations, and, this year, even a Doritos-eating goat.

Advertisers pay top dollar for the air time – which this year averaged between $3.7 and #3.8 million per spot – because they know it’s one of the few times that viewers will actually be watching their ad instead of hitting the mute button or heading for the bathroom.

As usual, some of the ads that got the most attention this year were the ones considered the funniest or most ridiculous.  Internet sensation PSY gyrates with dancers dressed as pistachios   Showgirls wielding a confetti cannon race cowboys across the desert for bottle of Coke.

But one of the most consistently popular spots didn’t have humor, gags, or special effects.  It was a moving two-minute ode to the virtues of a Farmer with a voiceover by late Paul Harvey.  As Harvey expounds on the life of a farmer, a photo montage of Americana is shown; grizzled faces, worn hands, fields of crops, and Dodge Ram trucks.   To a Super Bowl audience accustomed to a line-up of glitzy spots designed to entertain, this thoughtful, almost poetic piece broke through the clutter and hushed rooms.

It begins “And on the eighth day, God looked down on his planned paradise and said, “I need a caretaker.” So God made a farmer…”

While we are not in the business of “making a harness out of hay wire, feed sacks and shoe scraps” this commercial speaks to us at Barnhart because we believe in what it espouses.  Hard work, doing a job well, devotion to community and family, being resourceful with what you have at hand, and caring for even the smallest creatures is worth doing.  For us, that’s a message that endures long after the hype dies down.