The iPhone 6: A Fellow Cool Tool

Posted on September 24, 2014 by Meredith Portman

Anyone who thought Apple had lost its cool factor was proven wrong after the opening weekend of the release of the iPhone 6 and iPhone 6 Plus when sales topped $10 million. That beat last year’s iPhone 5S opening weekend by $1 million. 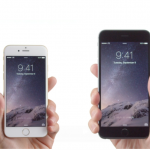 At the Apple store on Fifth Avenue in New York, the line of would-be buyers stretched for more than 10 blocks.  Nearly 1,000 people were already in line the night before the phones went on sale on September 19.  It’s clear the ardor for Apple products has not dimmed among the faithful.

Since the opening weekend, it has been discovered that the new iPhones have a few glitches, as many new products do. But fans love the larger screens and sharper resolution of the iPhone 6 and the 6 Plus.

Yes, the iPhone 6 is still pretty cool, but Barnhart has created some pretty cool tools as well. And these tools have been thoroughly tested again and again.

Take the Powered Saddle Roller.  OK, maybe it doesn’t create the kind of mania that the new release of the iPhone 6 inspires.  Maybe people don’t line up around the block to see it perform. But when it solves a problem, or makes a project easier, it turns skeptics into believers. 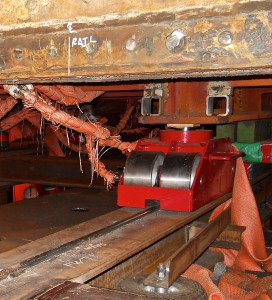 The Powered Saddle Roller is a prime example of Barnhart’s innovation at work. Prior to its invention, the low-profile rollers in existence relied on a secondary piece of equipment to lift loads. Barnhart’s engineering team saw a need for an all-in-one, freestanding roller and jacking assembly. They then went out and made the tool a reality.

At less than nine inches tall, the hydraulically powered units can go underneath a vessel, lift it up and then maneuver the piece to a final destination.  Perhaps the highest profile use for this low-profile equipment was in the removal and replacement of a 350,000 lb. nuclear reactor head at a facility in Southern California.