Barnhart projects often have a long timeframe of at least several months, but in the case of a recently completed project, the timeline was more like six years.

As featured in an article in Waterways Journal, the project to deliver six water runners from New Orleans to a hydroelectric plant in Ludington, Michigan started in 2013. But the plant could only accept one at a time.

The components were offloaded to a hopper barge in New Orleans for transport to Chicago. The barge was necessary to clear the low-lying Lemont Bridge on Illinois’ Des Plaines River. With an air draft of 19’6” from the bottom of the bridge to the top of the water, the barge cleared within only two feet. 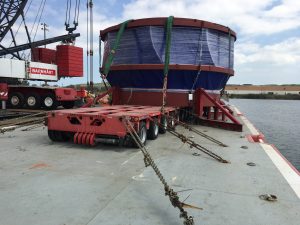 At Barnhart’s heavy lift terminal at the Port of Chicago in Calumet, Illinois, the cargo was transferred from hopper barge to an ABS deck barge with a TC3000 truck crane to continue its journey across Lake Michigan.  In Ludington, the wearing ring was picked off the deck barge via 60T crane, while the water runner was rolled off using a 14-line single-wide PSTe Goldhofer trailer, transported to the plant and staged for placement.

Barnhart’s Chicago branch handled the project. According to Project Manager Jose Alva, the biggest challenges were communication and safety.

“Managing the line of communication between several contractors and the potential daily safety risks involved with working near water, pinch points, welding and staying clear of the load were a challenge. We’re happy with our team for always implementing the best safety practices.”

Watch a short video of the 1000-mile journey. 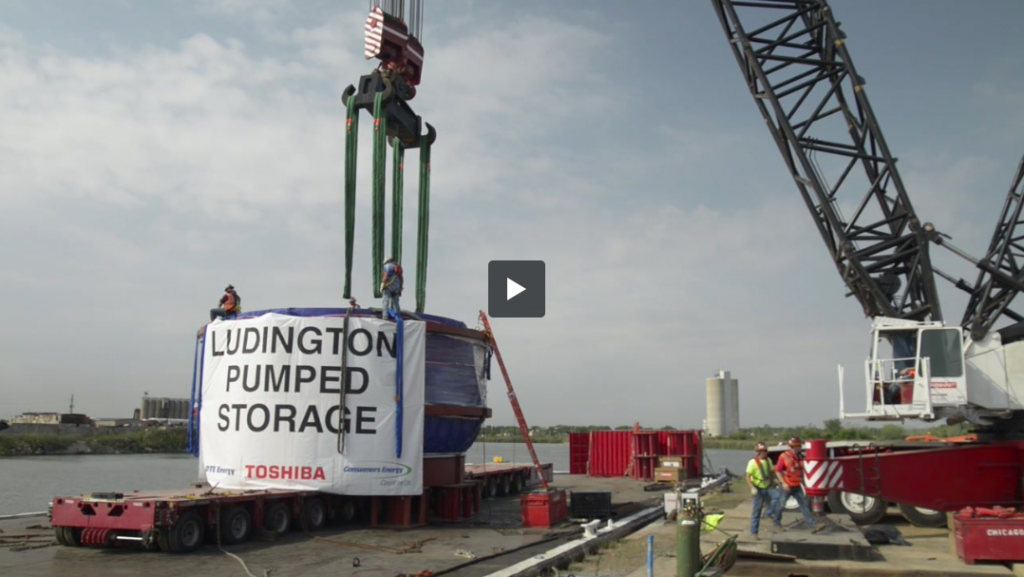