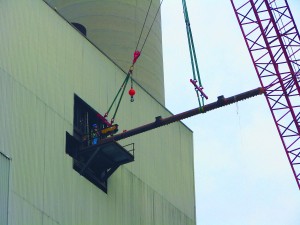 Barnhart was tasked to move and replace massive boiler headers through a confined space at a coal-fired power plant. 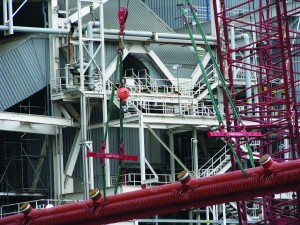 A customer contracted Barnhart to replace two boiler headers in a coal-fired power plant. The headers measured 62 feet in length and weighed a cumbersome 52,000 pounds.

Normally when riggers extract headers of this size, they employ to separate cranes. However, Barnhart employed its innovative “Tri-Block” system which only calls for one crane, as this systems allows for more stability and efficient rigging.

Along with the Tri-Block system, the team only used a 4,100-ring crane to remove the header from the boiler house. The crews then moved the new headers into the plant.

Ultimately, the team completed the job ahead of schedule with no incidents.