Barnhart has years of experience in successfully performing projects for customers during outages and turnarounds. So when we were hired to remove and replace a T-805 tower during a turnaround at a refinery in Texas, it was a project that was right in our wheelhouse. 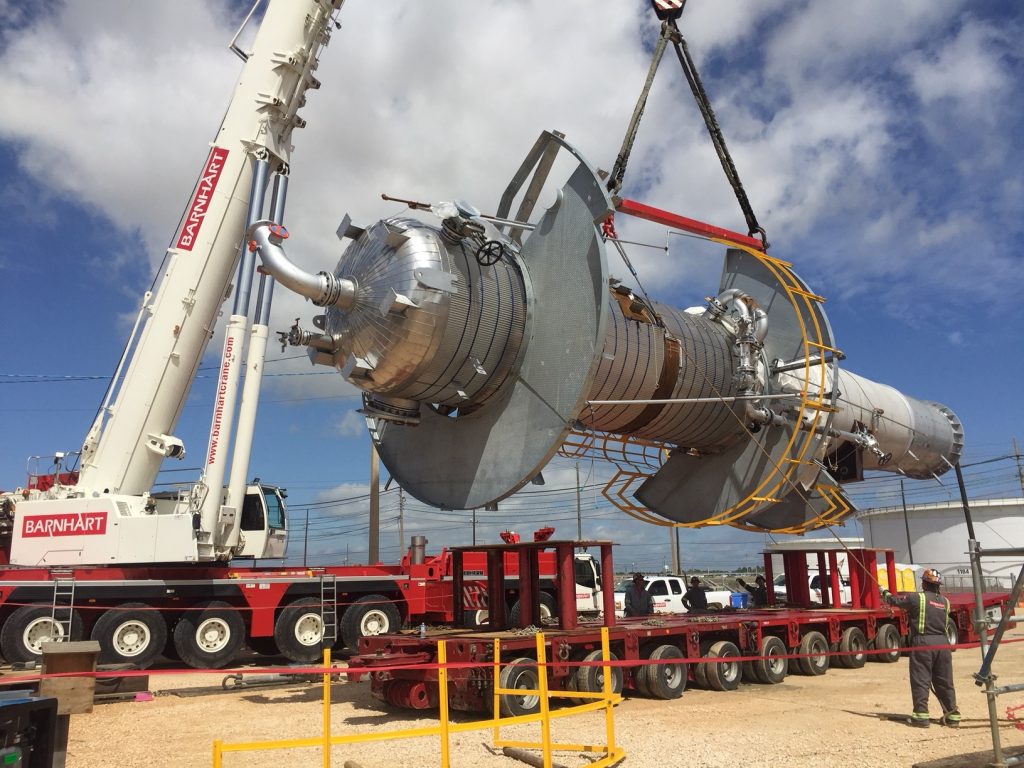 The new T-805 was located in the refinery’s laydown yard. The team used an LTM 1400, a 500-ton hydraulic crane, to load the tower to a Goldhofer trailer with 10 lines PST.

The 500-ton crane was then moved to the existing T-805 tower location where it was used in conjunction with a tailing crane to lift and tail the tower. 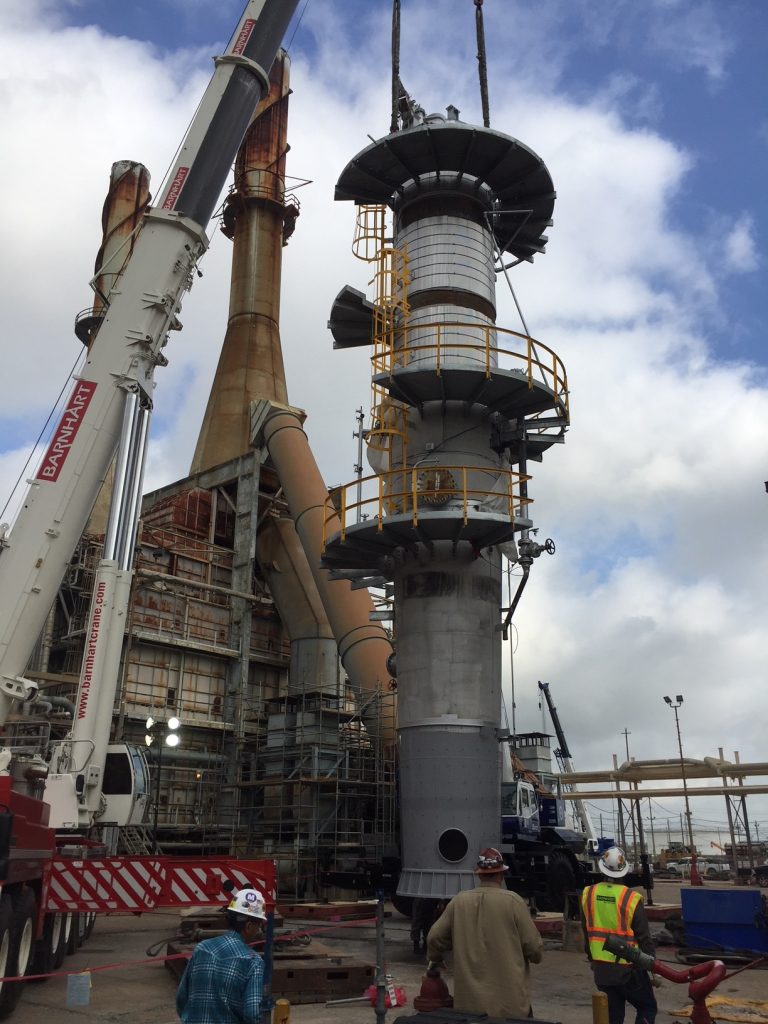 Once the old tower was in the horizontal position it was loaded on to a Goldhofer trailer and transported to the laydown area. The new T-805 was then transported to its final location, lifted and tailed to the vertical position and set in place.

The project was performed by Barnhart’s Houston office. In addition to crane services, Barnhart provided client specific training needed to perform work inside the refinery.

The team remained on the site for three months operating 265-ton crane service to remove and reinstall E-803 exchangers and miscellaneous equipment during the turnaround.