During a turnaround at a refinery in Illinois, Barnhart had to devise a solution for removing and reinstalling an upper delta valve and five delta valve door assemblies on a coke drum.  The components had to be removed to facilitate maintenance on the coke drum delta valve seals.

The customer requested that Barnhart develop a removal plan that did not require the removal of the derrick structures above the coke drums. In order to do so, Barnhart had to identify a number of obstructions, determine a way to complete the work given the limited work area on the valve platform and overcome the challenge presented by tight crane boom clearances on several of the necessary lifts.

Barnhart’s staff engineers identified openings in the five derrick structures that would allow the company’s moving counterweight cantilever system to be inserted into the derricks above the coke drums, but, for this to work, the delta valve would need to be upended to a vertical position before it could be removed. The Barnhart team worked closely with the customer and a third party engineering firm to identify obstructions that would need to be removed in order to upend the delta valve. 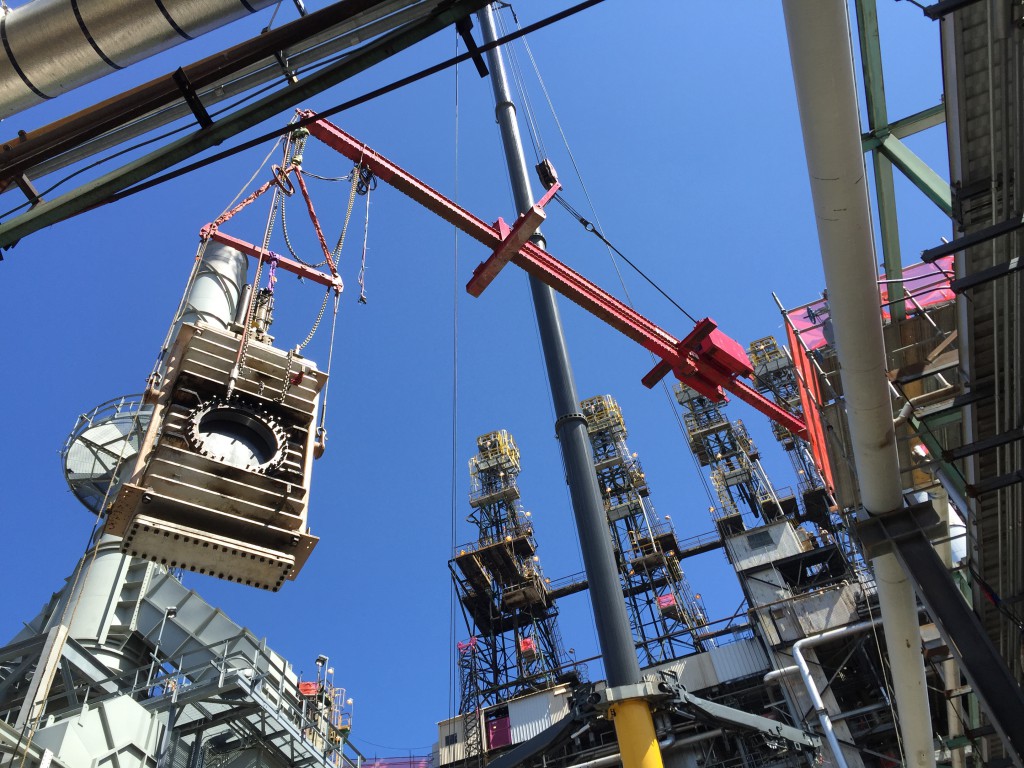 Utilizing a plant-owned lifting frame, air chain hoist and bull rigging, the team upended the valve and lifted it to the cantilever beam. The valve was then removed through the tower. Once the seal was replaced, Barnhart reset the valve. The project was completed ahead of schedule.