This week, Barnhart Crane & Rigging moved heat exchangers from Bigbee Valley, MS to their eventual home at a Mississippi Power plant site in Kemper County on Highway 493 near DeKalb. 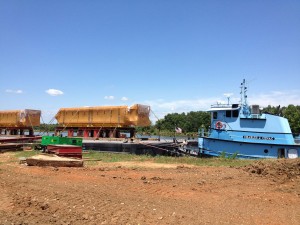 The heat exchangers were first transported by barge.  Then they were moved to a Goldhofer Trailer. 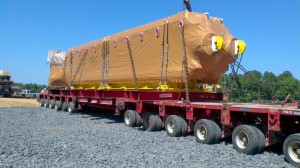 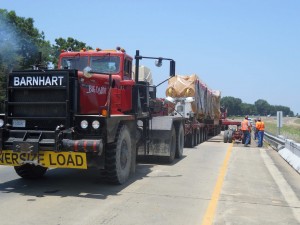 The journey was approximately 60 miles through Noxubee and Kemper counties utilizing four different highways.  The load was accompanied by law enforcement agencies from both counties.