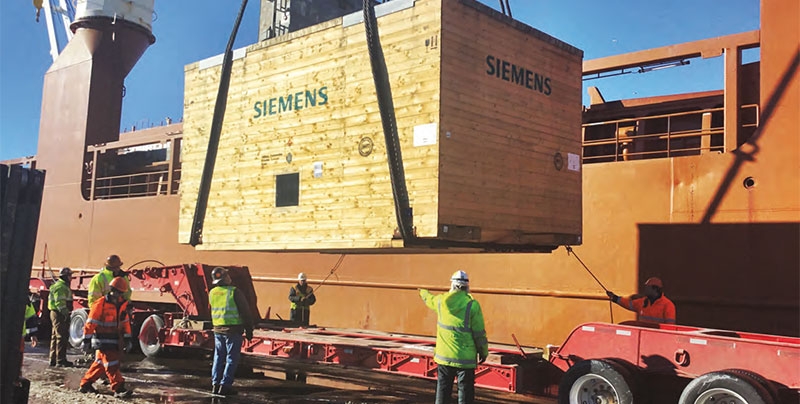 Barnhart received six components for a nuclear power plant, including upper casings, lower casings and rotors from ship's gear in Wilmington, NC. Due to the state's DOT rules, Barnhart was only able to transport two components at a time in a convoy. The two upper casings were first, and were offloaded to two 13-axle trailers for transport. The other components were staged on site at the port. 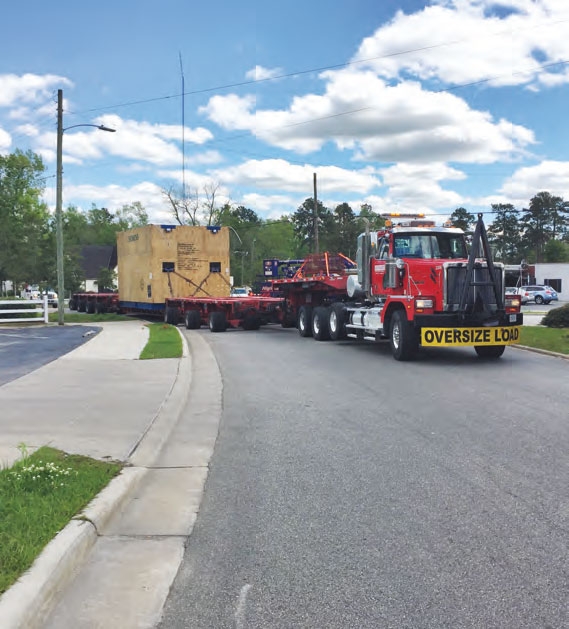 A few weeks later, the second set of casings were hauled in a convoy on the same 150-mile journey using two 3-line drop deck 4-line trailers. The team had to coordinate with multiple Barnhart branches and utility companies along the route. 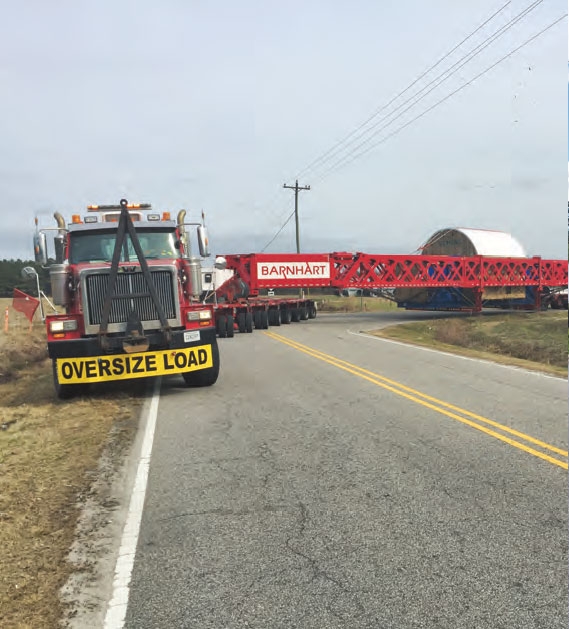 Finally, the rotors were transported using a GS-800. A project challenge included delivery and staging of the components on the power plant property. In total, Barnhart did four hauls over four weeks with all components being delivered on time.