While the boom of gas fired power generation has ended, the demand for energy has not. As one of the leading companies providing heavy transportation and rigging for movement of the turbines, generators, and boiler modules found in power plants, Barnhart was called to Tallahassee to complete yet another combined cycle project. 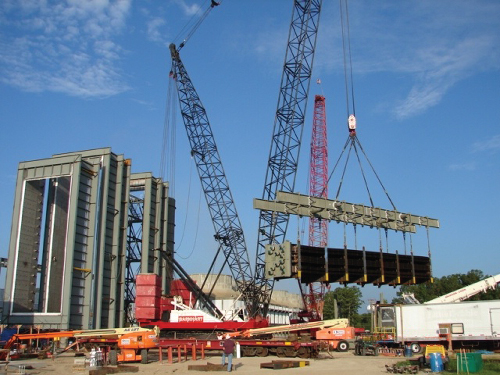 A customer contracted Barnhart to relocate some gas module units in a Florida power plant from rails to the final position. The Barnhart team positioned a 360-ton, 718-ring crane directly next to the sliding system to more efficiently move the gas modules. With this setup, Barnhart easily transferred the modules directly from rail to final position. Barnhart has erected more than 325 gas and steam units over the past ten years and the crew safely added this two-unit cogeneration facility to the list.