COMMON SENSE AND THE UNCOMMON COLD

The extreme cold made some people lose their common sense, as evidenced by the faddish trick of throwing boiling water into the air to watch it freeze and turn into snow.

While for some it worked, for others, it resulted in burns from being scalded.  The trick, and its intended and unintended consequences, was so popular that many news organizations, including the Los Angeles Times, reported on it.

Fortunately, when Barnhart is faced with extreme cold weather we use a lot more than common sense.  We use our expertise and a lot of additional planning.

For example, a customer in Illinois contracted with Barnhart to remove and replace three nuclear feedwater heaters in the winter, the heaviest weighing in at a staggering 67,000 pounds.

The nuclear station allotted the team sixteen hours to complete the entire job, and on that day the temperature dropped to -22°, with a wind chill of -44°.

The crew modified a conex, the large, steel shipping container in which the hydraulic gantry pumps were sent.  They installed insulation to protect the pumps from the extreme cold. 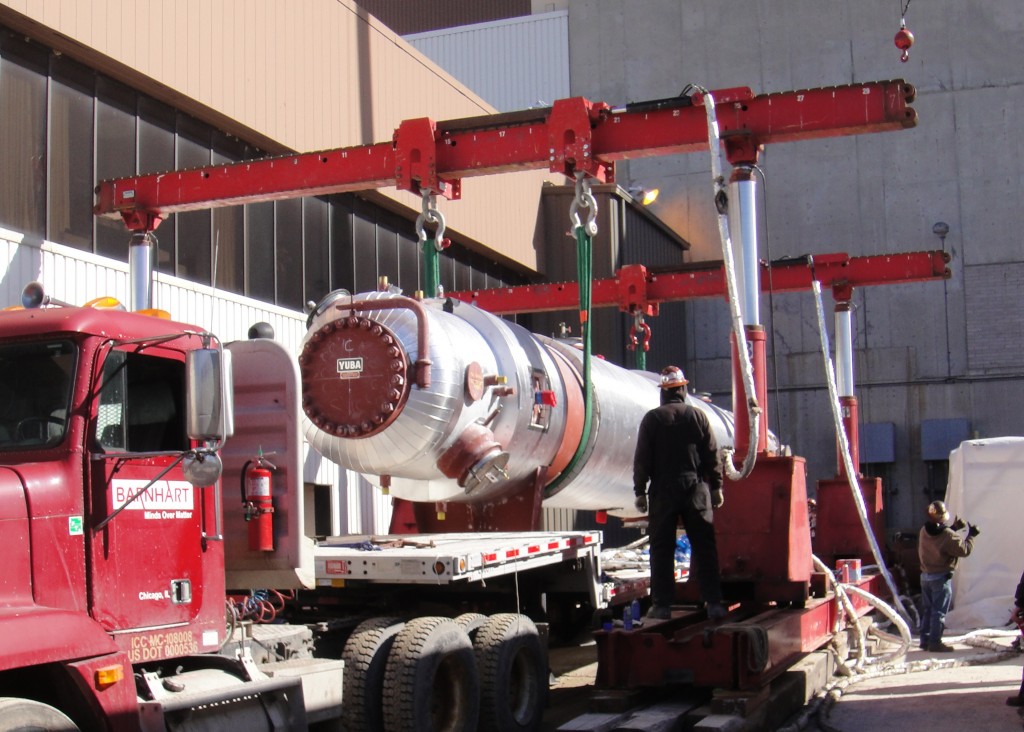 Next, they employed heat tracing on the hydraulic lines, a method in which an electric heating element runs along the lines to raise or maintain fluid temperature.  This raised the temperature of the hydraulic fluid in order to keep the gantry cranes functioning properly.

Not only was the job completed successfully, instead of the allotted 16 hours, Barnhart finished the job in 14.