Innovation is one of Barnhart’s core values, which frequently produces leading-edge products like one the cooler tools in our arsenal, the WesTrac/EasTrac  dual lane transporter.

Barnhart engineers, in conjunction with German manufacturer Goldhofer, designed WesTrac to be a new breed of dual lane transporter with the features of a modular platform and axle spacings that met stringent DOT requirements for West Coast heavy hauling.  EasTrac was then developed for East Coast standards.

The system is designed for efficient mobilization, higher road speeds and variable widths to achieve dual lane loading.  In some configurations, the transporter can handle payloads over 600,000 lbs. 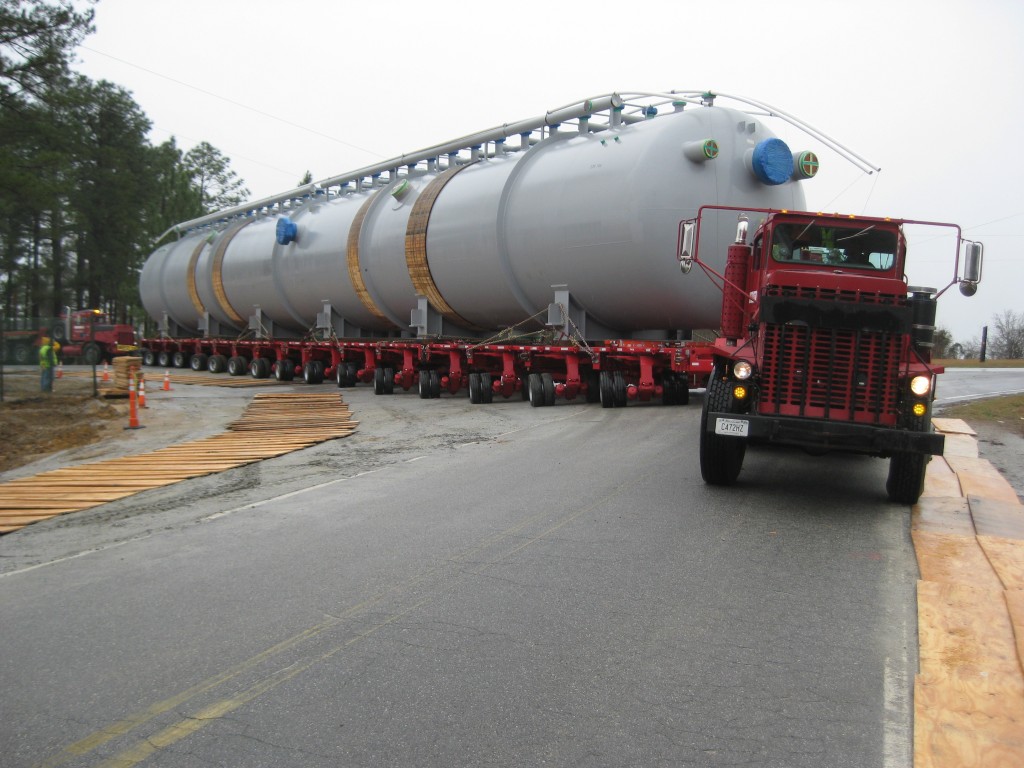 WesTrac was successfully used for a project that we completed in Tennessee.  Barnhart was responsible for transporting an absorption column, 14 feet in diameter and 140 feet long, from Knoxville to the U.S. Nitrogen plant site in Greenville, Tenn.

It took six months of planning to navigate the 62-mile route, which required crossing two interstates and traveling through five counties and several municipalities.   The transportation and rigging was 16 feet wide and 175 feet long and took up two lanes.  The hauling rig, trucks and vessel had a combined weight of 256 tons.

The WesTrac was a key piece of equipment because it could span multiple lanes and distribute the load evenly, particularly when going across bridges.  It was a two-night haul, as the vessel could only move between 7 pm and 5 am and power crews eventually raised approximately 50 power lines to allow safe passage.

See the equipment in action on our YouTube Channel.