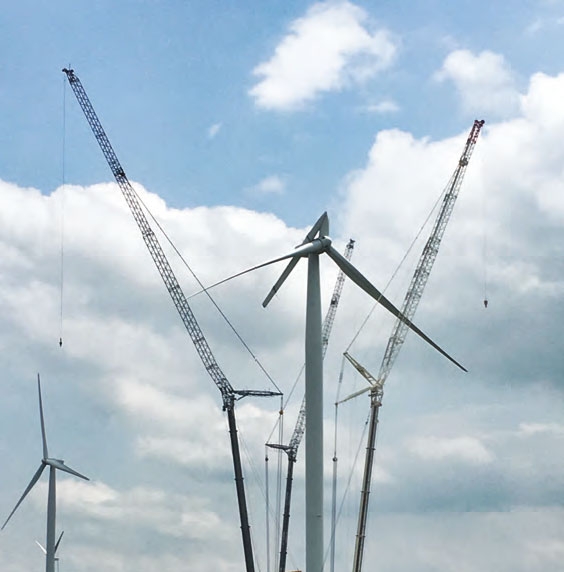 Barnhart was called to a wind farm in Iowa to remove a broken blade from a turbine. The rotor was locked out in a 12 o'clock position, with the broken piece of the 145' blade dangling midway down. The two other good blades also had to be removed and stored on the ground until a replacement blade could be found. Due to the nature of the work, wind speeds had to be below 15 mph along with a favorable forecast to allow each task to be completed. There were also safety issues to consider, like falling debris. 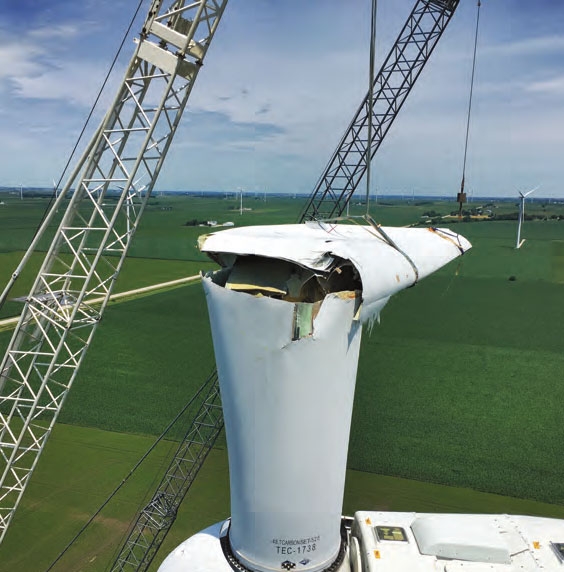 It took three rounds of engineering whiteboards plus numerous calls with the customer to devise a plan of action. One consideration was the hub height, which was 265' to the center of the hub. Barnhart performed an initial examination using two of the cranes with man baskets for preliminary rigging and inspection. Photos were then sent to the engineering team in Memphis for review and final adjustments to the plan. 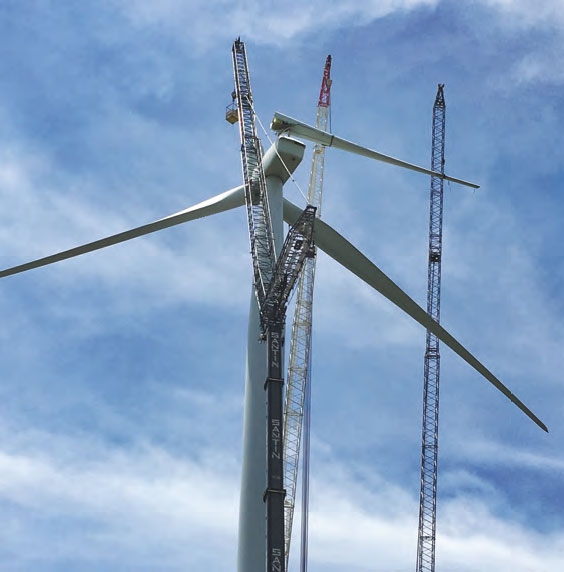 The eventual removal method utilized two 550-ton and one 600-ton crane and personnel from several Barnhart branches. Barnhart used two cranes to stabilize the broken blade with multiple slings. The crew was able to sandwich the blade together and contain the pieces to make it rigid enough to cut and lower without pieces falling. The third crane held a man basket with a crew responsible for cutting the broken piece loose around the break. 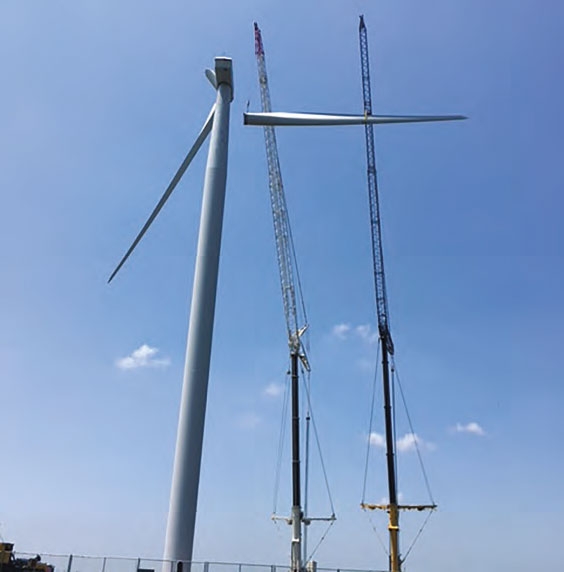 Both broken pieces were then lowered to the ground for further inspection by the customer. Two cranes removed the remaining two good blades.